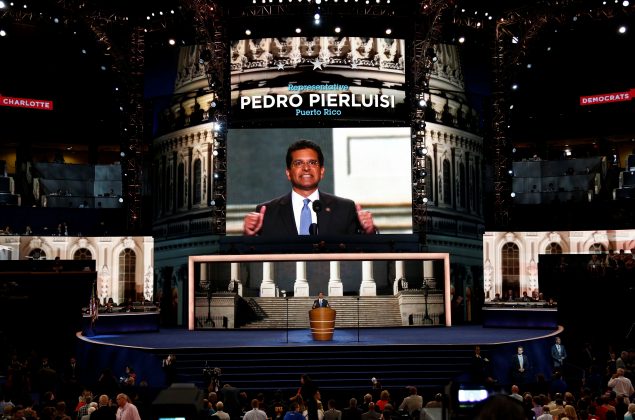 SAN JUAN (Reuters) -Puerto Rico’s Senate leader on Thursday said the lawyer tapped by the island’s disgraced governor to succeed him did not have the support of his majority party, making it likely his nomination would be rejected by the territory’s legislature.

Puerto Rico Governor Ricardo Rosselló is set to step down at 5 p.m. ET on Friday over offensive chat messages and an administration corruption scandal that sparked nearly two weeks of mass protests demanding he resign.

Rosselló tapped Pierluisi as secretary of state, the position next in line to succeed him. If the legislature rejects Pierluisi’s nomination then Rosselló could pick another candidate.

Failing that, Justice Secretary Wanda Vázquez is next in line to succeed Rosselló. She has said she does not want the job.

“Pedro Pierluisi does not have the vote of the majority,” Schatz said in a fiery speech. “The lawyer for Puerto Rico’s number one enemy can’t be in charge of Puerto Rico.”

Hundreds of thousands of Puerto Ricans took to the streets in recent weeks to demand Rosselló quit after the leaked messages unleashed rage over suspected administration corruption, slow recovery from 2017’s deadly hurricanes and the U.S. territory’s bankruptcy.

Street protesters have also accused Pierluisi of serving the interests of the federally-created oversight board, not the Puerto Rican people’s.

Pierluisi waited in Puerto Rico’s Senate on Thursday to address legislators. He previously released a statement saying he had “listened to the people’s messages, their demonstrations,” and he would “only answer to the people.”

The speaker of Puerto Rico’s House of Representatives, Carlos Méndez has said he favors Schatz as secretary of state over Pierluisi, citing the lawyer’s role advising the board and other clients at Washington law firm O’Neill & Borges.