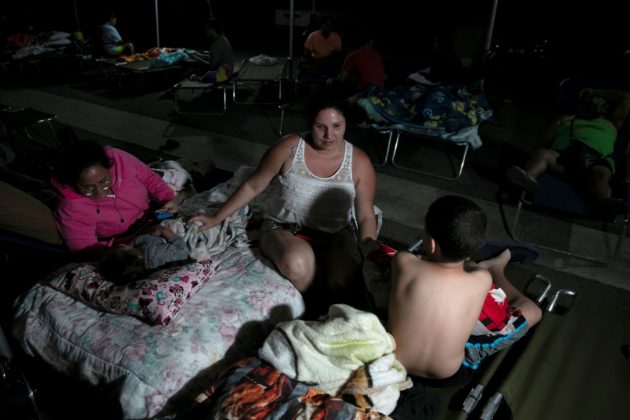 SAN JUAN, Puerto Rico (Reuters) – Puerto Rico’s power grid crept back to service on Wednesday after it was shut down entirely as a safety measure on Tuesday amid a storm of earthquakes including the most powerful to strike the Caribbean island in 102 years.

The temblors including one of magnitude 6.4 killed at least one person and flattened homes across the southern coast, provoking a state of emergency on the island of 3 million people and the activation of the National Guard.

Nearly 500,000 of the island’s 1.5 million customers had service on Wednesday morning, up from 100,000 the night before, and the island was generating about 542 megawatts of electricity, the power authority AEE said, still short of the demand of some 2,000 megawatts.

The large Costa Sur plant suffered severe damage and remained out of service, though Governor Wanda Vazquez said on Tuesday power should be restored to most of the island within 48 hours provided there were no more earthquakes.

Puerto Ricans endured lengthy power outages in 2017 following devastating Hurricane Maria, one of a series of natural and man-made disasters to afflict the U.S. territory in recent years. The island is also going through bankruptcy and its former governor resigned amid a political scandal and massive street protests last year.

Vazquez ordered schools and other public offices closed while emergency responders searched crumpled buildings for possible victims and engineers inspected others for safety.

Some Puerto Ricans in the hard-hit south of the island moved beds outside on Tuesday night and slept outdoors, fearful their homes would crumble if another earthquake hit, Vazquez said.

Hundreds of quakes have touched the island, including 10 of magnitude 4 or greater, since Dec. 28, the U.S. Geological Survey said.

Around 750 people spent the night in shelters in southern towns hit hardest, the government reported.

Puerto Ricans are used to dealing with hurricanes but powerful quakes are rare.

“There’s a lot of uncertainty, this is the first time this has happened to us,” said Patricia Alonso, 48, who lost power and water at her home and headed to her mother’s apartment building with her 13-year-old son as it had a generator.

The U.S. Federal Emergency Management Agency (FEMA) said on Tuesday that aid had been made available for earthquake response efforts.