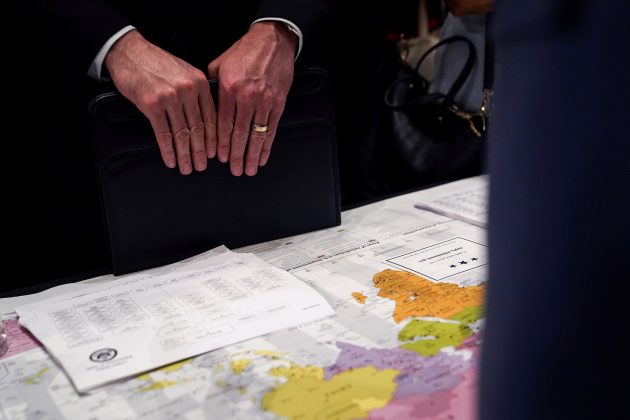 While the tightening labor market could boost wage gains, some economists warned that worker shortages could over time negatively impact economic growth. The JOLTS report cemented expectations the Federal Reserve will raise interest rates at its Sept. 25-26 policy meeting. The Fed has raised rates twice this year.

“The economic expansion is on a collision course with a lack of workers to man the shop floors, work the restaurants and stores at the shopping malls across America,” said Chris Rupkey, chief economist at MUFG in New York. “No workers, no growth, it’s that simple.”

Job openings, a measure of labor demand, increased by 117,000 to a seasonally adjusted 6.9 million in July. That was the highest level since the series started in December 2000. The jobs openings rate was 4.4 percent, unchanged from the previous month and an all-time high first touched in April.

The current level of job openings means there is a job for every one of the 6.2 million people who were unemployed in August. Hiring was little changed at 5.7 million in July, keeping the hiring rate at 3.8 percent for a second straight month.

There were 46,000 unfilled jobs in the finance and insurance industry in July. Nondurable goods manufacturing had 32,000 vacancies. The job opening rate in the overall manufacturing industry climbed to a record high of 3.8 percent in July from 3.6 percent in June.

But job openings in the retail trade industry fell by 85,000. There were also decreases in education and federal government job vacancies in July.

The scarcity of workers was also corroborated by a survey of small businesses published on Tuesday. The NFIB survey found that job openings at small businesses hit a 45-year high in August. A record number of businesses reported they could not find qualified workers to fill open positions.

According to the NFIB, job openings were mostly prevalent in construction, manufacturing and wholesale trade. There was also a dearth of truck drivers.

“Looming shortages of qualified workers could prove detrimental to business expansion plans in coming months,” Dante DeAntonio, an economist with Moody’s Analytics in West Chester, Pennsylvania. “In the meantime, the increasing tightness in the labor market is spurring more workers to re-enter the workforce as well as leave their jobs in search of better opportunities.”

The worker shortages, especially for truck drivers, are already contributing to bottlenecks in the supply chain, which could slow the vibrant economy. The economy grew at a 4.2 percent annualized rate in the second quarter, almost double the 2.2 percent pace set in the January-March period.

Growth this year is expected to top 3 percent.

The Labor Department’s JOLTS report also showed the robust labor market is giving Americans confidence to quit their jobs for other positions. The quits rate increased to 2.4 percent in July, the highest level since April 2001, from 2.3 percent in June. Fed officials look at the quits rate as a measure of job market confidence.

The increase in job mobility supports economists’ optimism that job growth may be finally on a faster path. The government last week reported a surge in annual wage growth in August, with average hourly earnings increasing 2.9 percent, the largest gain since June 2009, from 2.7 percent in July.

Wage gains have largely remained moderate even as the unemployment rate has dropped to near an 18-year low of 3.9 percent.

“Workers are leveraging the tighter labor market to find new opportunities and employers are poaching workers from other firms,” said Nick Bunker, an economist at job search website Indeed in Washington. “The next question is how more quitting will translate into higher wage growth.”