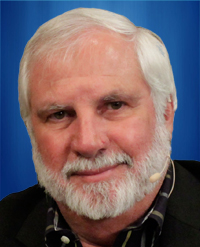 When Rick Joyner was with us last, he said he was almost “desperate” to get back here to Morningside and tell our listening audience “AMEN – it’s time to store food and water!” Since then, we have witnessed many natural disasters and other situations that made that warning a reality. The warning is even more urgent as we see the events of Revelation increasing in frequency and intensity.

If you know Rick the way we know him, he doesn’t alter his message or adjust it for anyone or anything. He says what he means and means what he says. He knows and fears God. We respect him for that and know him to be a solid man of God with a prophetic voice you can count on. He hears from God and what he says has been tried and is true in these Last Days.

On his last visit, he talked a lot about this nation and how it has turned away from God. The scriptures are clear: When a nation honors God, they will be blessed (Psalm 33:12). When they turn against God, the scriptures say they will perish! (Deuteronomy 8:19, Jeremiah 7:6, 25:6)

When a nation keeps taking stands against God and against Israel – it’s dangerous! Our nation is in increasing jeopardy because of the way we treat Israel – and the way we treat the Lord is even worse! Until 50 years ago, we wanted Jesus more than any nation on earth and since then, we’ve been asking Him to leave – we’ve demanded Him to leave!

We don’t even want the mention of Him in our history or in our public places… and He’s left!

The ensuing meltdown is continuing and Rick believes we are in the worst jeopardy of our nation’s history!

Make plans now to be with us September 5th and 6th for a live show taping at 11:30 a.m. on Grace Street. If we have ever needed his voice to the Church, it’s now!