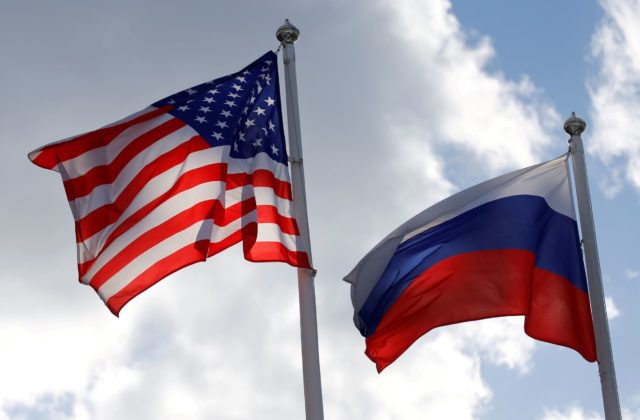 MOSCOW (Reuters) – Russia said on Thursday it would issue a formal note of protest to the United States after police caught three U.S. diplomats in what it said was a restricted area near a closed military testing site.

The diplomats were stopped by police after they arrived by train on Monday and were sent back, the Russian Foreign Ministry said. Though protected by diplomatic immunity, they are accused of breaking the law as they did not have the special permits foreigners needed to visit the area.

The area where they were intercepted is of heightened interest to Western intelligence agencies after a mysterious military accident took place there in August. The incident saw radiation levels briefly spike and killed at least five employees of Russia’s Rosatom state nuclear corporation.

Thomas DiNanno, a senior U.S. State Department official, said last week that Washington had determined that the explosion was the result of a nuclear reaction that had occurred during the recovery of a Russian nuclear-powered cruise missile after a failed test.

The diplomatic incident adds a new irritant to already fraught U.S.-Russia ties, which remain strained over everything from tit-for-tat diplomatic expulsions to nuclear arms control tensions.

A spokesman for the U.S. State Department said the diplomats had been on official travel and had properly notified Russian authorities of their travel.

But Russia’s Foreign Ministry said the diplomats, whom it described as military attaches, had been found in a restricted area far from the city of Arkhangelsk which they had said they planned to visit.

“Evidently they got lost. We’re ready to give the American embassy a map of Russia,” the foreign ministry said late on Wednesday, according to Russia’s REN TV channel.

She called on Washington to observe diplomatic norms, while the Kremlin said there were strict rules governing sensitive military objects that people had to follow.

Russian media reports said the diplomats’ offence was usually punishable by deportation. But the foreign ministry was quoted as saying that Moscow was unlikely to escalate the incident in that way.

“…They have immunity so I think there will just be further proceedings to establish how this was possible,” Yevgeny Ivanov, a deputy foreign minister, was quoted as saying by the TASS news agency.