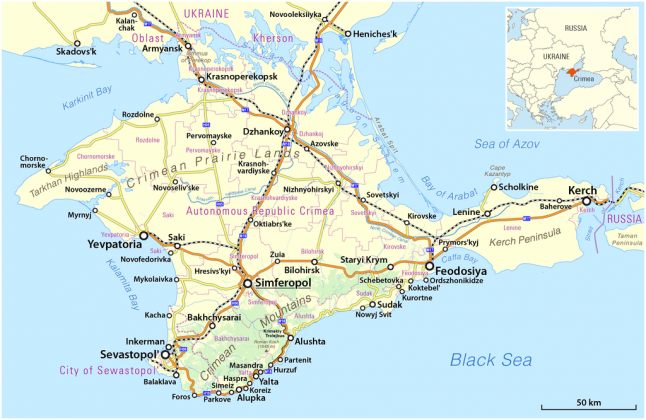 Russia is cutting off gas supplies to Ukraine this week and could also stop providing coal to the nation as a dispute over a blackout in Crimea escalates.

Crimea, the subject of an ongoing quarrel between the countries, has been relying on emergency power generators since its main supply was attacked over the weekend, Reuters reported. It’s not known who was responsible for attacking the power supply, and the New York Times reported that millions of residents of the peninsula are still without electricity.

The BBC reported there are also water shortages in Crimea, and the Ukraine has stopped delivering goods to the peninsula in the Black Sea.

Tensions between the two nations have been high since Russia annexed the peninsula last year. Russia doesn’t border the territory by land. Ukraine does.

According to Reuters, Russian Energy Minister Alexander Novak claimed that the Ukraine was not doing enough to help crews restore power to the territory. He called the inaction a crime and politically motivated.

Ukraine lawmakers, speaking to Reuters, called suggestions that the government was backing the protesters “absolutely groundless.”