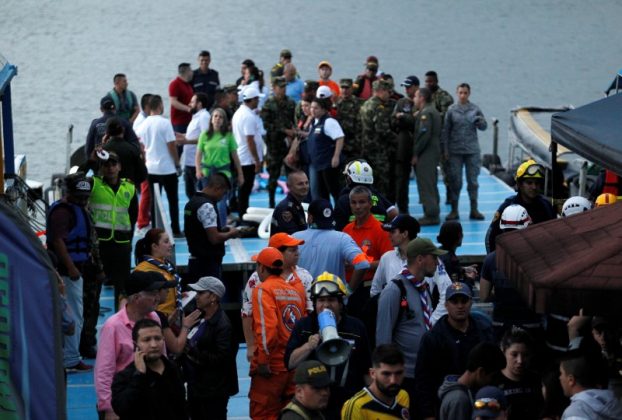 Rescuers wait at the dock after a tourist boat sank with 150 passengers onboard at the Guatape reservoir, Colombia, June 25, 2017. REUTERS/ Fredy Builes

GUATAPE, Colombia (Reuters) – Rescue workers searched on Monday for 13 people believed to be missing after a tourist boat sank the previous day in a reservoir in north-central Colombia, killing seven.

The cause of the accident was still unclear, officials said. Use of the Penol-Guatape reservoir, a popular site for water-sports and tours, was restricted as the search continued.

The boat, El Almirante, was carrying about 150 passengers, officials said. Reports of the dead and missing have varied since the accident on Sunday afternoon. Authorities had initially said more than 170 people were onboard. 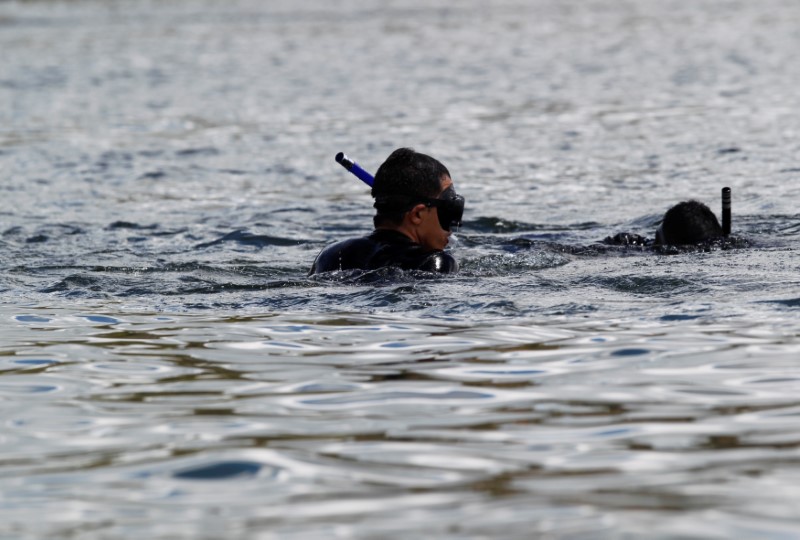 Divers look for people believed to be missing after a tourist boat sank on Sunday in the Penol-Guatape reservoir, in Guatape, Colombia June 26, 2017. REUTERS/Fredy Builes

Officials initially reported nine people dead and 28 missing, but later said some survivors rescued by private boats were taken to different docks on the reservoir shore and so were not immediately accounted for.

Videos posted on social media showed motorboats coming to the aid of passengers on the upper decks as the boat rocked from side to side. Survivors told local television they heard a loud noise before the boat began to sink.

It is a long holiday weekend in the Andean country and the reservoir is a well-known destination for families.

Officials were interviewing the captain and investigating allegations by some passengers that they did not have life-jackets, Vice Transport Minister Alejandro Maya told journalists at the scene earlier on Monday.

President Juan Manuel Santos visited rescue crews at the reservoir, about an hour’s drive from the city of Medellin, on Sunday night.

(Reporting by Fredy Builes in Guatape and Julia Symmes Cobb and Luis Jaime Acosta in Bogota; editing by Diane Craft)