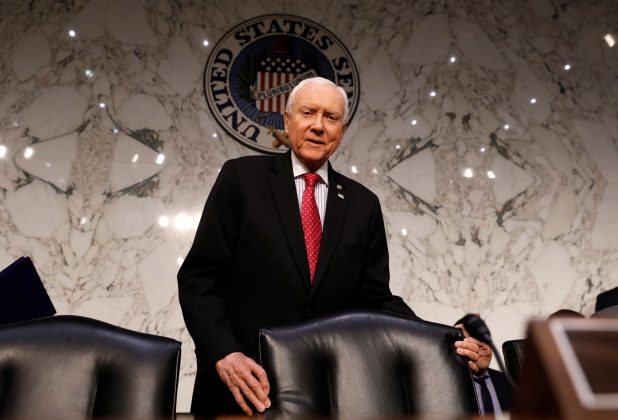 In a statement late on Tuesday, committee chairman Orrin Hatch said the proposed changes would also slightly lower some individual tax rates and includes a repeal of the alternative minimum tax but only through 2025, when it would be reinstated.

The 226-page amendment comes as the Senate continues to craft its version of tax reform alongside the U.S. House of Representatives, which is finalizing its own bill. The two plans must be reconciled and merged into a final plan that can pass both chambers before it goes to President Donald Trump to sign into law.

Republicans, who control Congress and the White House but have yet to pass any major legislation, are eager for a legislative victory ahead of the 2018 midterm elections and are pushing hard to pass tax cuts by the end of the year.

It was not immediately clear how many of Hatch’s colleagues will support the plan in the Senate, where Republicans hold a slimmer 52-48 majority than in the House.

Democrats have dismissed the Republican plans as giveaways to corporations and the wealthy that would swell the nation’s deficit. If Democrats remain united in opposition, Republicans cannot lose more than two senators from their ranks and still have enough votes to pass tax legislation.

The inclusion of the healthcare provision, however, could add to the uncertainty, given that Republicans earlier this year failed to make good on their pledge to repeal and replace former President Barack Obama’s 2010 healthcare overhaul.

Hatch’s changes would end one of the more unpopular provisions in Obama’s Affordable Care Act that require Americans to obtain health insurance or pay a penalty. The nonpartisan Congressional Budget Office estimated that the change would increase the number of uninsured by 13 million people by 2027.

“By scrapping this unpopular tax from an unworkable law, we not only ease the financial burdens already associated with the mandate, but also generate additional revenue to provide more tax relief to these individuals,” Hatch said in a statement.

But several key moderate Republicans, including Senators Susan Collins and John McCain, expressed uncertainty on Tuesday over tying the tax bill to the healthcare provision details.

Hatch’s plan would also expand access to deductions for so-called “pass-through” businesses and increase the child tax credit to $2,000 from the earlier proposed $1,650, Hatch said. The current tax credit for children is $1,000.