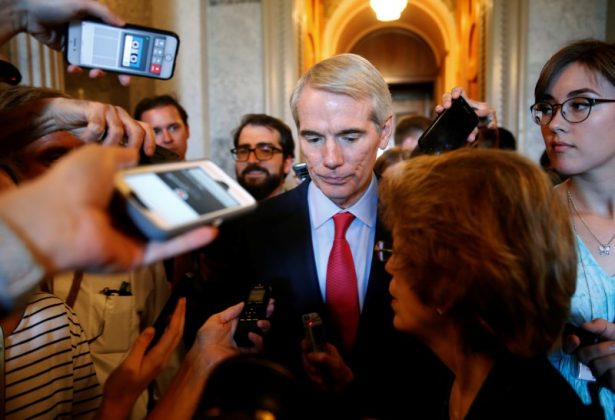 WASHINGTON (Reuters) – A U.S. Senate committee on Wednesday advanced legislation to make it easier to penalize operators of websites that facilitate online sex trafficking, the most concrete action from Congress this year to tighten regulation of internet companies.

The approval came after major U.S. internet firms dropped their opposition to the measure, which amends a decades-old law that is considered a bedrock legal shield for the companies.

In a unanimous voice vote, the Senate Commerce Committee passed a measure that gives states and sex-trafficking victims a means to sue social media networks, advertisers and others that fail to keep exploitative material off their platforms.

The bill rewrites Section 230 of the Communications Decency Act, which generally protects companies from liability for the activities of their users. The changes, which have bipartisan support, will still need to pass the full Senate and the U.S. House of Representatives and be signed by President Donald Trump to become law.

“This is a momentous day in our fight to hold online sex traffickers accountable and help give trafficking survivors the justice they deserve,” Republican Senator Rob Portman, who co-authored the bill, known as the Stop Enabling Sex Traffickers Act, said in a statement.

After decades of little oversight from Washington, the internet industry is facing increased scrutiny from lawmakers in both parties over concerns about their size and how their platforms were used by Russia during the 2016 election.

More than 40 senators have co-sponsored the bill, and Trump’s daughter, Ivanka Trump, has endorsed it.

“Great to see the public & private sector come together in support of this bipartisan legislation to stop sex trafficking online,” she tweeted on Wednesday.

Internet firms had long objected to proposals in Congress to rewrite Section 230, arguing the measure had allowed innovation in Silicon Valley to thrive.

But the Internet Association, a major industry group whose members include Facebook <FB.O>, Amazon <AMZN.O> and Alphabet’s Google <GOOGL.O>, announced support for the Senate bill last week after a series of changes.

Those edits clarified that criminal charges are based on violations of federal human trafficking law and that a standard for liability requires a website to “knowingly” assist in facilitating trafficking.

Some opposition remains. In a letter on Tuesday, a dozen civil liberties organizations, including the Center for Democracy & Technology and Electronic Frontier Foundation, said the bill would threaten free speech online and unevenly harm smaller companies with fewer resources to police their platforms.