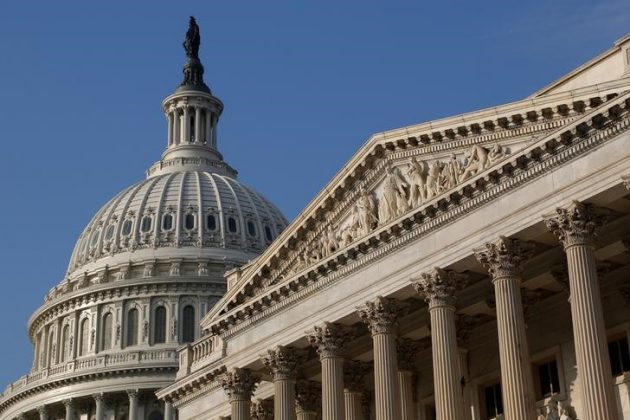 By David Morgan and Amanda Becker

WASHINGTON (Reuters) – A top U.S. Senate Republican voiced optimism that congressional negotiators will reach a deal on a sweeping tax overhaul ahead of a Dec. 22 deadline, as senators prepared to vote on Wednesday to authorize talks with the House to bridge differences between their rival bills.

The Republican-led House of Representatives and Senate must work out differences on issues ranging from business taxes to the repeal of the Obamacare mandate that Americans obtain health insurance or face a penalty before lawmakers can pass a final version.

A Senate measure to go to a conference with the House, which is widely expected to pass, follows similar House action this week. Senate aides said the vote would be held at 3 p.m. (2000 GMT).

John Cornyn, the No. 2 Senate Republican, said he was optimistic House and Senate tax negotiators would be able to work out an agreement before their self-imposed Dec. 22 deadline to send the bill to Republican President Donald Trump to sign into law.

“Given the similarities between the House and the Senate bills, I think there are some obvious targets where they need to focus their attention but obviously they won’t be rewriting the bills,” Cornyn said.

While there are significant differences between the House and Senate versions, both would deliver deep cuts in corporate income taxes and tax benefits to the wealthiest Americans as well as tax cuts to many middle-income people.

Passage of the tax bill would provide a badly needed legislative victory for Trump and Republicans after their failure earlier this year to enact legislation repealing President Barack Obama’s signature healthcare law.

Trump and Republicans see enacting the tax overhaul that they promised voters as crucial to their strategy for the 2018 U.S. congressional elections, when all 435 seats in the House of Representatives and 33 seats in the 100-member Senate will be up for election.

Democrats have been united against the bill, calling it a handout to corporations and the rich that would drive up the federal deficit.

Potential sticking points in the two versions of the legislation include the Senate’s decision to retain alternative minimum taxes for corporations and individuals. The House version repealed both taxes.

The bills also differ on their treatment of so-called pass-through enterprises including small businesses, the expensing of business capital investments, international corporate taxes, mortgage deductions and the child tax credit.

Republicans will also have to resolve a difference on the corporate income tax rate. Both chambers cut the rate to 20 percent from 35 percent, but the Senate’s bill delays the cut for a year.

The march toward passing tax legislation faced a risk earlier this week of becoming enmeshed in House Republican infighting over a separate spending measure. Members of the conservative House Freedom Caucus had threatened to vote against conference negotiations to gain leverage in the discussions with Republican leaders over the spending bill.

But House Freedom Caucus members have since vowed to insulate tax legislation from the politics of spending.

“We’ve got to get across the finish line on tax reform. Any distraction from that is a problem,” House Freedom Caucus Chairman Mark Meadows told reporters.

(Additional reporting by Richard Cowan; Editing by Caren Bohan and Will Dunham)