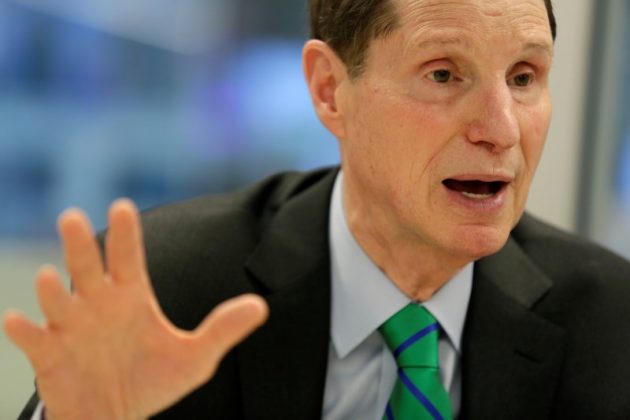 Senator Ron Wyden (D-OR) speaks with Reuters during an interview in Washington, U.S., May 19, 2017. REUTERS/Joshua Roberts

WASHINGTON (Reuters) – A bipartisan group of at least 10 U.S. senators plans to introduce on Tuesday legislation that would substantially reform aspects of the National Security Agency’s warrantless internet surveillance program, according to congressional aides.

The effort, led by Democrat Ron Wyden and Republican Rand Paul, would require a warrant for queries of data belonging to any American collected under the program. The bill’s introduction is likely to add uncertainty to how Congress will renew a controversial portion of a spying law due to expire on Dec. 31.

Section 702 of the Foreign Intelligence Surveillance Act is considered by U.S. intelligence officials to be among their most vital tools used to combat national and cyber security threats and help protect American allies.

The surveillance program, classified details of which were exposed in 2013 by former NSA contractor Edward Snowden, also incidentally scoops up communications of Americans, including if they communicate with a foreign target living overseas.

Those communications can then be subject to searches without a warrant, including by the Federal Bureau of Investigation, a practice that the USA Rights Act authored by Wyden and Paul would end.

The measure is expected to be introduced with support from a wide berth of civil society groups, including the American Civil Liberties Union and FreedomWorks, a Wyden spokesman said.

It would renew Section 702 for four years with additional transparency and oversight provisions, such as allowing individuals to more easily raise legal challenges against the law and expand the oversight jurisdiction of the Privacy and Civil Liberties Oversight Board, a government privacy watchdog.

A bipartisan group of lawmakers in the House of Representatives earlier this month introduced legislation seeking to add privacy protections to Section 702, including a partial restriction to the FBI’s ability to access U.S. data when seeking evidence of a crime.

But that was criticized by privacy groups as too narrow.

Separately, the Senate Intelligence Committee is expected to privately vote on Tuesday on a bill to reauthorize Section 702 that privacy advocates say will lack their reform priorities.

Wyden sent a letter on Monday urging committee leaders to allow a public vote, saying the bill “will have enormous impact on the security, liberty, and constitutional rights of the American people” and should be debated in the open.