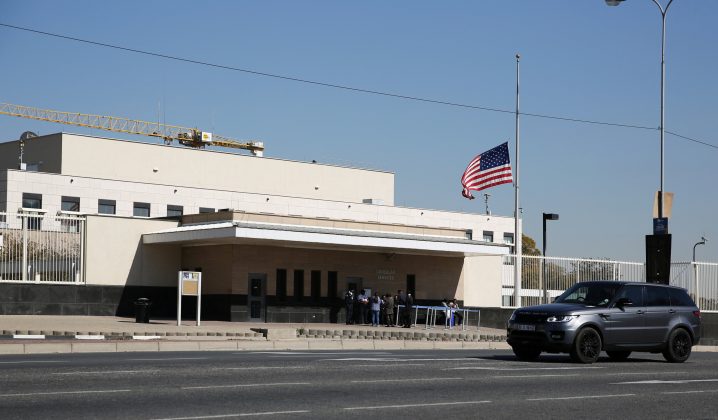 JOHANNESBURG (Reuters) – South African twins arrested over the weekend were planning attacks on the U.S. Embassy in the capital, Pretoria, as well as on buildings owned by Jewish people, police said on Monday.

The four, arrested in Johannesburg on Sunday, will be detained in custody until July 19, when their case will be heard, Mulaudzi said.

Quoting the charge sheet, the News24 news organization said the twins had been attempting to fly to Syria. Security officials say there are no known militant groups operating in South Africa, but Britain and the United States warned in June of a high threat of attacks against foreigners in the country’s shopping malls.

Mulaudzi named the other two siblings as Fatima and Ibrahim Mohammed Patel.

“The indictment does talk to issues of terror plots that they were planning against the U.S. Embassy as well as Jewish Buildings in the country,” he said, referring to the twins.

The twins’ preliminary charge sheet states that their conspiracy occurred between October 2015 and July 8 this year, local newspaper the Times said on its online service.

In Washington, State Department spokesman John Kirby said at a daily news briefing that the United States applauded Hawks for making the arrests and had “full confidence in the South African judicial system to handle this case according to internationally accepted best practices”.