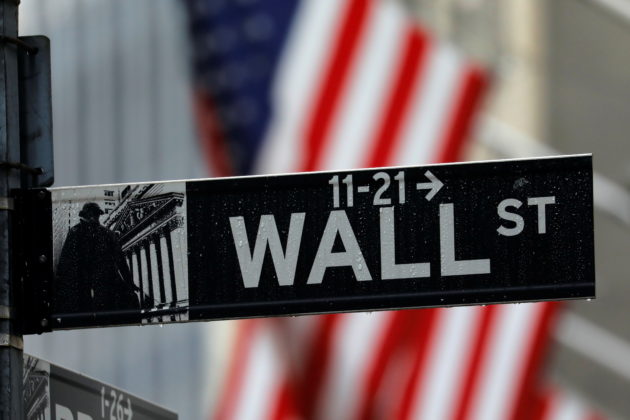 By Devik Jain and Medha Singh

(Reuters) – The S&P 500 and the Nasdaq scaled new highs on Friday, as hopes of more economic stimulus to ride out a pandemic-led downturn eclipsed concerns over a significant loss of pace in a labor market recovery.

The U.S. government’s employment report showed the economy shed jobs for the first time in eight months in December as the country buckled under an onslaught of COVID-19 infections.

However, with a backstop of nearly $900 billion in stimulus approved by the government last week and expectations of a bigger fiscal package and infrastructure spending under President-elect Joe Biden’s administration, Wall Street’s main indexes have surged to all-time highs.

“It’s hard to ignore the staggering drop in jobs from December, but the market is poised to shrug off the disappointing data in the face of the vaccine rollout, strong likelihood of stimulus, and an accommodative Fed,” said Mike Loewengart, managing director of investment strategy at E*TRADE Financial.

Financial and materials, which are among the three top performing sectors this week, slipped.

The S&P 500 closed above 3,800 points for the first time on Thursday, while the Dow and the Nasdaq are on track for fourth straight weekly gains.

Some Wall Street bankers, however, expect a pullback in the near-term as exuberance from unprecedented monetary and fiscal stimulus have led to “frothy” asset prices.

Market participants looked past mounting calls among congressional Democrats for impeaching President Donald Trump for a second time, two days after his false claims of election fraud helped encourage a mob that stormed the U.S. Capitol.

“The irony is that … despite the chaos we got more clarity and certainty that Biden is the president and that there is Democratic government,” said John Petrides, portfolio manager at Tocqueville Asset Management in New York.

“The political risk is behind us and the market is rallying on that.”

Electric car-maker Tesla Inc’s shares were set to rise for the 11th day, taking its market capitalization to more than $800 billion for the first time ever.

Micron Technology Inc jumped 2.1% after the chipmaker forecast second-quarter revenue above estimates, as a global shift to remote work and a recent uptick in 5G smartphone adoption drove demand for its chips.

U.S.-listed shares of Baidu Inc gained 6.4% on plans to form a company to make smart electric vehicles, according to two sources familiar with the matter.

(Reporting by Devik Jain and Medha Singh in Bengaluru; Editing by Arun Koyyur and Maju Samuel)