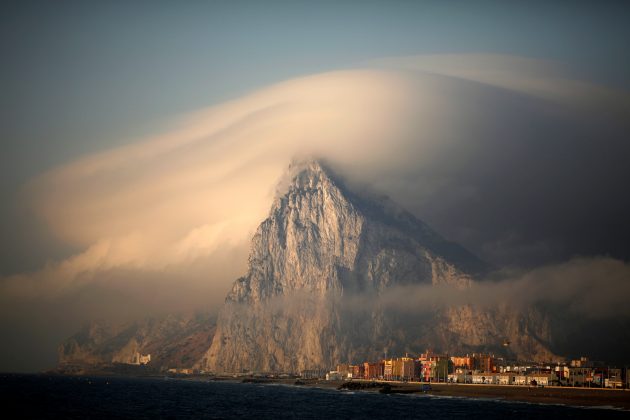 FILE PHOTO: A cloud partially covers the tip of the Rock of the British territory of Gibraltar at sunrise from La Atunara port before Spanish fishermen sail in their fishing boats with their relatives to take part in a protest at an area of the sea where an artificial reef was built by Gibraltar using concrete blocks, in Algeciras bay, La Linea de la Concepcion in southern Spain August 18, 2013. REUTERS/Jon Nazca