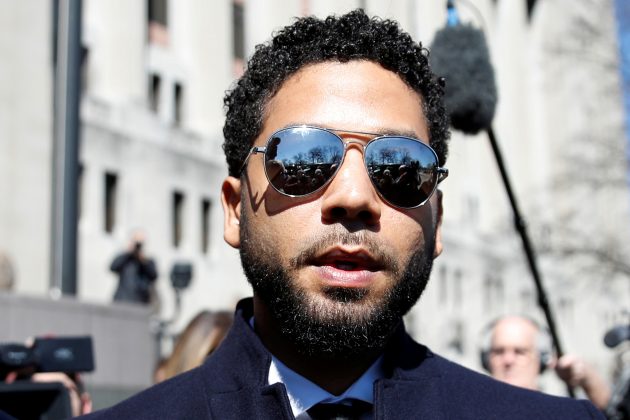 (Reuters) – A Chicago judge on Friday ordered a special prosecutor to examine the handling of actor Jussie Smollett’s discredited claim that he was the victim of a hate crime, setting up the possibility he could be criminally charged a second time, a police spokesman said.

Smollett, who is black and gay and at the time had a role on the television show “Empire,” ignited a firestorm on social media after he told police on Jan. 29 that he was attacked on a street outside his Chicago home.

He said two apparent supporters of President Donald Trump struck him, put a noose around his neck and poured bleach over him while yelling racist and homophobic slurs.

Police later charged Smollett with filing a false police report and accused him of paying $3,500 to two men to stage the attack to generate public sympathy. Prosecutors dropped the charges in March, saying an agreement by Smollett to forfeit his $10,000 bond was a just outcome.

The special prosecutor will look into the “whole investigation” and as a result “Mr. Smollett could face charges,” Guglielmi said by phone.

“We stand firmly behind the work of detectives in investigating the fabricated incident reported by Jussie Smollett #ChicagoPolice will fully cooperate with the court-appointed special prosecutor,” Guglielmi wrote on Twitter.

Mark Geragos, an attorney for Smollett, could not immediately be reached for comment.

Foxx recused herself from the case before charges were filed against Smollett because of conversations she had about the incident with one of Smollett’s relatives, according to her spokesman.

A spokeswoman for Foxx’s office could not immediately be reached for comment.

“Empire” creator Lee Daniels confirmed earlier this month that Smollett would not be returning to the show.