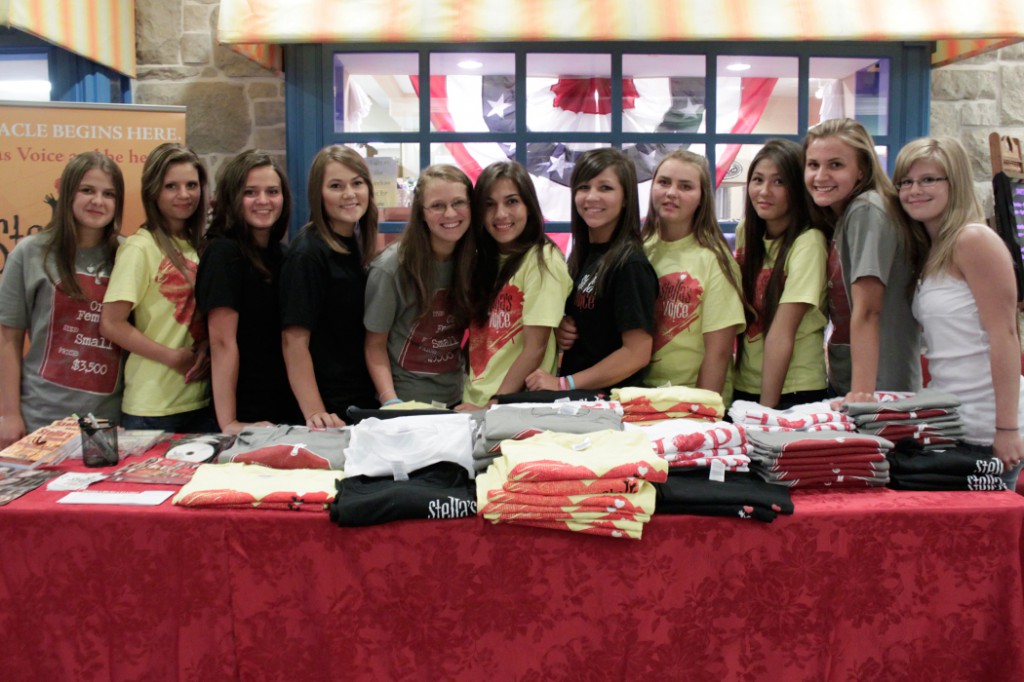 By the end of her story, she shared the way Jesus transformed her and how appreciative she was of those who have welcomed her.

“Thank you for accepting me in America,” Veronica said.

Philip shared about the Stella’s House girls who are leading a summer camp and how they’ve taken in 11 girls this summer to fill the beds of the girls traveling with him across America. Two of those girls have already accepted Jesus as Lord!

The girls also did what they call a “human video” where they lip sync to a song while performing an interpretive worship dance. Ronnie Freeman’s song “Orphan” blasted through Grace Street as the girls wrapped themselves in sheets that read “ORPHAN” in big letters. The girls then progressively throw off the label of orphan and raised hands in worship to the one who has taken them in as their Father. 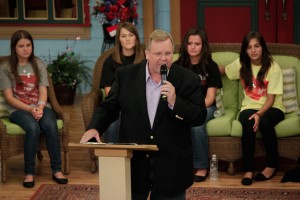 Philip Cameron then took to the pulpit to address the congregation.

“He would not have taught me to trust in His name, and thus far have brought me to put me to shame,” Philip said as he began to share the word God gave him.

He then gave a message to the crowd to tell them that promotion comes from God and not from man. No matter what someone around you might say about something you feel called to do if the Lord called you to it then you will have it happen as the Lord calls for it to happen.

Philip then expounded upon the story of David and the impact that came from his slaying Goliath.

“David didn’t just slay Goliath,” he said, “he gained the respect of the Army of Israel.”

It was a message to power through and do what God calls you to do and in doing that you will gain respect and support to keep on the path God’s calling you to walk.