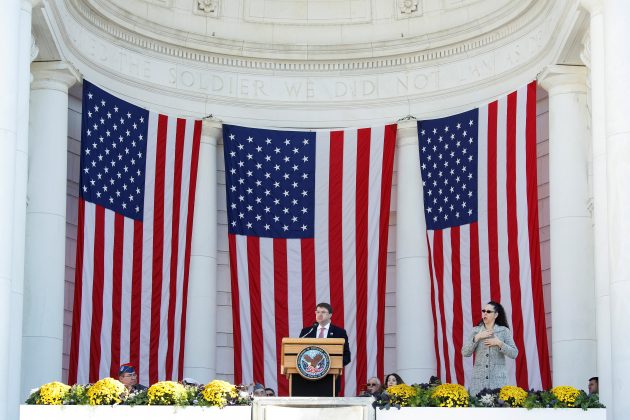 WASHINGTON (Reuters) – The U.S. Supreme Court on Wednesday constrained the power of federal agencies, scaling back a legal doctrine that called for judges to give agencies deference to interpret their own rules but declining to eliminate it all together.

The ruling, coming in a case in which a Vietnam War veteran sued the U.S. Department of Veterans Affairs (VA) after being denied retroactive disability benefits, could buoy business groups and others wanting to curb governmental regulatory authority.

The justices imposed new limits on the legal doctrine, which is called “Auer deference,” that was rooted in Supreme Court precedents dating back to 1945. The ruling could constrain administrative agencies in issuing certain informal policies and rules.

The Supreme Court threw out a lower court’s ruling denying retired U.S. Marine James Kisor, 75, benefits dating back to 1982 arising from battle-related post-traumatic stress disorder. The justices sent the case back to the lower court to reconsider Kisor’s claim on the meaning of a regulation that the agency had said was unfavorable to Kisor.

While all nine justices agreed with the outcome for Kisor, the decision, written by liberal Justice Elena Kagan, divided the justices 5-4 on whether to overrule Auer deference altogether.

Kagan, joined by the three other liberal justices and conservative Chief Justice John Roberts, said the court should uphold Auer deference because of its longstanding tradition of adhering to prior decisions, a principle known as stare decisis.

Four of the court’s conservative justices – Neil Gorsuch, Clarence Thomas, Samuel Alito and Brett Kavanaugh – said Auer deference should have been formally eliminated since it is already on “life support.” In his opinion in the case, Gorsuch wrote, “So the doctrine emerges maimed and enfeebled – in truth, zombified.”

In recent years, some of the court’s conservative justices had questioned the need for judges to defer to agencies on the meaning of regulations, foreshadowing Wednesday’s ruling.

Paring back the authority of federal agencies – which can control regulation in important areas such as energy, climate change and the workplace – has been a key goal of many business and conservative groups, which complain about what they call the “administrative state.”

These critics have said judicial deference has allowed agencies to accumulate power by enabling them to issue vague or burdensome regulations and then enforce them according to the policy preferences of unelected administrators.

Supporters of judicial deference have said the views of agencies should be accorded greater weight because they often have technical expertise that judges lack. Some liberals view the attack on the “administrative state” as an effort by conservatives to hinder government regulation of a wide range of businesses.

The name of the doctrine arose from a 1997 Supreme Court ruling in the case Auer v. Robbins, which extended a 1945 precedent in the case Bowles v. Seminole Rock & Sand Co that had accepted an agency’s take unless it was plainly wrong or inconsistent with the regulation.

Kisor, who served during the Vietnam War installing field telephone networks, fought in a 1965 battle in which several of his fellow troops were killed. The VA granted him disability benefits for PTSD in 2006, but refused to pay Kisor retroactively going back to 1982, when he first made a claim for benefits. At that time, he had not been diagnosed with PTSD.

The case hinged on the VA’s interpretation of a rule requiring “relevant” military service records to reconsider a denied claim.

The Washington-based U.S. Court of Appeals for the Federal Circuit in 2017 applied Auer deference to side with the VA over Kisor.

The court also announced that it will issue its final decisions of its current term, which began in October, on Thursday. Cases remaining to be decided include closely watched disputes over the Trump administration’s attempt to add a citizenship question to the 2020 U.S. census and whether limits can be set on partisan gerrymandering, a practice in which state lawmakers manipulate electoral maps purely for partisan gain.