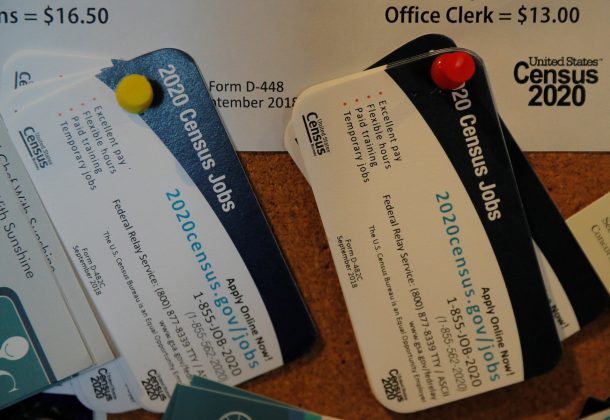 WASHINGTON (Reuters) – Conservative U.S. Supreme Court justices on Tuesday appeared sympathetic toward a bid by President Donald Trump’s administration to add a citizenship question to the 2020 census, a plan opponents have called a Republican effort to deter immigrants from taking part in the population count.

During an extended, 80-minute argument session, the court’s liberal justices voiced skepticism over the need for the question to enforce a federal voting rights law – the administration’s stated justification.

Lower courts have blocked the question, ruling that the administration violated federal law and the U.S. Constitution in seeking to include it on the census form.

The court has a 5-4 conservative majority, and conservative justices signaled support toward the administration’s stance.

The case comes in a pair of lawsuits by a group of states and localities led by New York state, and a coalition of immigrant rights groups challenging the legality of the question. The census forms are due to be printed in the coming months.

The official population count, as determined by the census, is used to allot seats in the U.S. House of Representatives and distribute some $800 billion in federal funds.

Opponents have said inclusion of the question would cause a sizeable undercount by frightening immigrant households and Latinos from filling out the census, fearful that the information would be shared with law enforcement. This would cost Democratic-leaning areas electoral representation in Congress and federal aid, benefiting Republican-leaning parts of the country, they said.

Trump, a Republican, has pursued hardline immigration policies. His administration said the citizenship question would yield better data to enforce the Voting Rights Act, which protects eligible voters from discrimination.

Business groups and corporations such as Lyft, Inc, Box, Inc, Levi Strauss &amp; Co and Uber Technologies Inc also opposed the citizenship question, saying it would compromise census data that they use to make decisions including where to put new locations and how to market products.

Manhattan-based U.S. District Judge Jesse Furman on Jan. 15 ruled that the Commerce Department’s decision to add the question violated a federal law called the Administrative Procedure Act. Federal judges in Maryland and California also prohibited the question’s inclusion in subsequent rulings, saying it would violate the Constitution’s mandate to enumerate the population every 10 years.

In November, when the Supreme Court allowed the trial before Furman to proceed, three of the court’s conservative justices – Gorsuch, Clarence Thomas and Samuel Alito – said they would have blocked it, indicating they may be sympathetic to the administration’s legal arguments.

Furman found that Commerce Secretary Wilbur Ross, whose department includes the Census Bureau, concealed his true motives for his March 2018 decision to add the question.

The Census Bureau itself estimated that households corresponding to 6.5 million people would not respond to the census if the citizenship question is asked, leading to less accurate citizenship data.

(Reporting by Andrew Chung and Lawrence Hurley; Editing by Will Dunham)