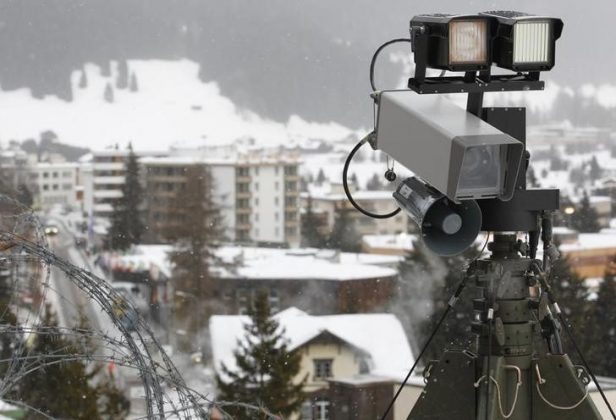 A camera is seen in front of the congress centre of the Swiss mountain resort of Davos January 24, 2011. REUTERS/Christian Hartmann

ZURICH (Reuters) – Voters in Switzerland on Sunday are likely to back a law extending the spy service’s authority to monitor internet traffic, deploy drones and hack foreign computer systems to combat militant attacks, a survey shows.

Switzerland’s system of direct democracy gives citizens final say on the law passed in September 2015 which will give new powers to the Federal Intelligence Service, along with rules on when the agency can use them.

In a survey last week by polling group gfs.bern on behalf of Swiss state television, 53 percent were in favor of the law, with 35 percent opposed. Twelve percent were undecided, gfs.bern said.

Though neutral Switzerland has not been targeted by the sort of militant Islamist attacks seen elsewhere in Europe, the Swiss government contends previous intelligence laws are outdated and ill-equipped to tackle threats that have intensified as militants deploy new technology in a tight-knit global network.

“The Federal Intelligence Service will get modern information-gathering tools, including for surveillance of telephone calls or internet activities,” the government said. “These can only be deployed under strict conditions.”

For instance, the agency must get the government’s go-ahead before deploying software to penetrate foreign computer networks. When gathering information, its agents must “employ methods least likely to intrude on the targeted person’s civil rights”, according to the law.

Across Europe, countries including France have expanded spy agency powers, following Islamist attacks that have shifted some governments’ priorities from privacy to security.

Switzerland has prosecuted several people it contends aided Islamic State and sought to strip citizenship from a man suspected of traveling to Syria to fight with the group.