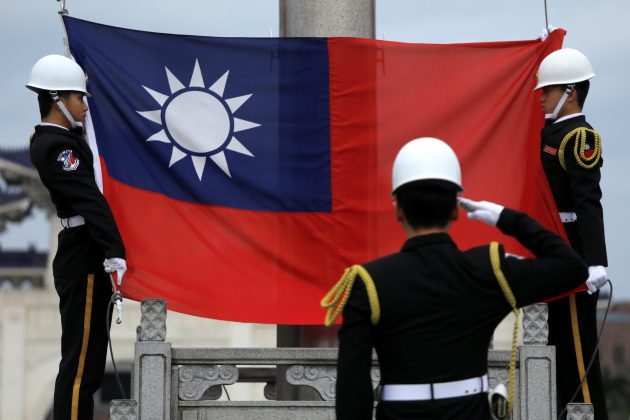 TAIPEI (Reuters) – Taiwan should educate its youth about the risks presented by China where there is neither freedom nor democracy, Taiwan’s main body in charge of policy making toward its giant neighbor said on Friday.

China has been increasing its efforts to win over young Taiwanese, a key demographic to reach out to amid souring political relations between Beijing and Taipei, including offering incentives to set up businesses in China.

China claims Taiwan as its sovereign territory and considers people from the self-ruled island to be Chinese citizens.

In a statement issued after a meeting to discuss China’s recently concluded parliamentary session, Taiwan’s Mainland Affairs Council said the government should up efforts to counter China trying to attract talent, such as students and teachers.

“Some council members said that young people in Taiwan set great store on democracy and freedom, which is exactly what the environment in mainland Chinese society cannot provide,” it said.

“The government can strengthen and show off Taiwan’s advantages, and help young people understand the possible risks.”

Taiwan’s current government swept into power with the help of the youth-driven Sunflower Movement, protesting against a trade pact with China, something Taiwan’s government has said caught China’s attention, which is why China is now focusing on young Taiwanese.

Taiwan is one of China’s most sensitive issues, and China’s hostility toward the island has risen since Tsai Ing-wen from the pro-independence Democratic Progressive Party won the presidency in 2016.

Chinese President Xi Jinping warned Taiwan on Tuesday it would face the “punishment of history” for any attempt at separatism, offering his strongest warning yet to the island.

China has also been infuriated by a new U.S. law which encourages contacts and exchanges between U.S. and Taiwanese officials even though they do not have formal ties.

The United States’ commitment to Taiwan has never been stronger and the island is an inspiration to the rest of the Indo-Pacific region, a senior U.S. diplomat said in Taipei this week.

The Mainland Affairs Council said it had noted that Chinese officials have been using the term “severe” of late to refer to relations across the Taiwan Strait.

“The future development of relations across the Taiwan Strait is still full of challenges, and it is not easy to be optimistic,” it added.