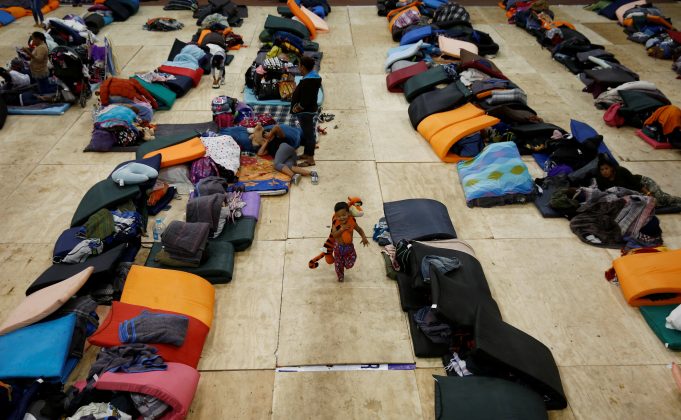 A migrant boy, part of a caravan of thousands traveling from Central America en route to the United States, runs while holding a toy at a temporary shelter in Tijuana, Mexico November 22, 2018. REUTERS/Kim Kyung-Hoon 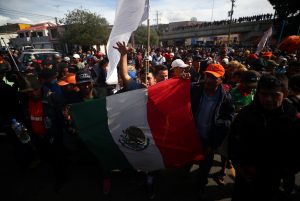