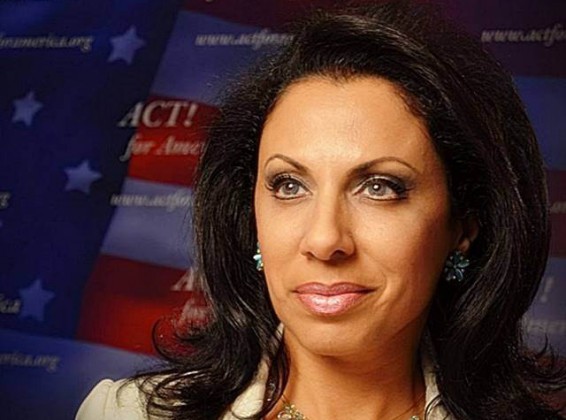 Brigitte grew up as an Arab Christian living in Lebanon.  When she was ten years old her home exploded around her, burying her under the rubble and leaving her to drink her own blood to survive, all the while the perpetrators shouting, “Allah Akbar!” The only crime that she and her family had committed was that they were Christians living in a Christian town. At 10 years old, she learned the meaning of the word “infidel.”

Ms. Gabriel had a crash course in survival. Not in the Girl Scouts, like other young girls, but in a bomb shelter where she lived for seven years in pitch darkness, freezing cold, drinking stale water and eating grass to live. At the age of 13, she began to dress in her burial clothes every night before going to bed, waiting to be slaughtered. By the age of 20, Brigitte had buried most of her friends — killed by Muslims. They were not Americans living in New York, or Britons in London. They were Arab Christians living in Lebanon.

“As a victim of Islamic terror, I was amazed when I saw Americans waking up on September 12, 2001, and asking themselves, Why do they hate us?” Ms. Gabriel quoted in a speech at Duke university.  “But if America and the West were paying attention to the Middle East, they would not have had to ask the question. Simply put, they hate us because we are defined in their eyes by one simple word: “infidels.”

Brigitte Gabriel is a leading expert in providing information and analysis on the rise of global Islamic terrorism.  She knows first hand the motivations and drive of terrorists with a lifetime of witness to the horrors and a powerful ideology that is capable of altering basic human instincts.

As a powerful speaker she lectures nationally and internationally about terrorism and current affairs. Her expertise is sought after by business and world leaders. Ms. Gabriel has addressed the United Nations,  the Australian Prime Minister, members of The British Parliament/House of Commons, members of the United States Congress, The Pentagon, The Joint Forces Staff College, The US Special Operations Command, The US Asymmetric Warfare group, the FBI, and many others. In addition, Gabriel is a regular guest analyst on Fox News Channel, CNN, MSNBC, and various radio stations daily across America.

Ms. Gabriel is founder, president and CEO of ACT! for America, the largest national security grassroots organization with 300,000 members and 1,000 chapters nationwide dedicated to preserving national security and promoting Western values. She’s the author of two New York Times Best Sellers, BECAUSE THEY HATE: A Survivor of Islamic Terror Warns America and THEY MUST BE STOPPED: Why we must defeat radical Islam and how we can do it.

Ms. Gabriel had been named one of the top 50 most prominent speakers in America.

It is time to understand the mindset and intention of this Islamic enemy.  The valuable information and testimony of Brigitte Gabriel promises to be an eye opening event!

Taping begins at 11:30am CT, March 8th, 2016 followed by an evening service at 6:30pm. This will be an event that is of interest to everyone!  We will not be streaming this taping or evening service, so please come early to get your seat in our studio audience!