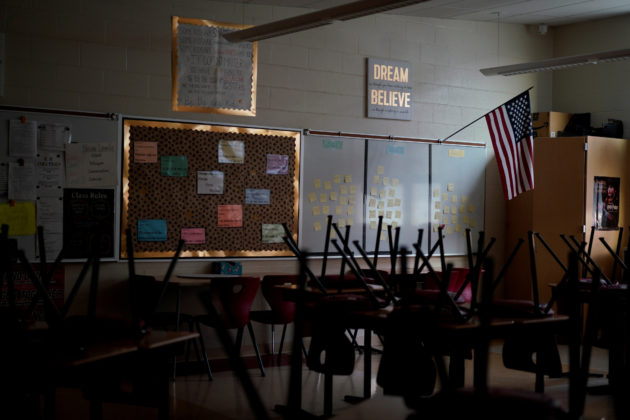 NEW YORK (Reuters) – Texas and Ohio pushed ahead on Friday with a phased relaxation of restrictions that U.S. states put in place weeks ago to curb the coronavirus pandemic, as Georgia took another step toward a full restart by allowing all businesses to reopen.

With White House guidelines for reopening having expired on Thursday, half of all U.S. states were forging ahead with a patchwork of strategies to allow businesses, from restaurants and retailers to construction and manufacturing, to emerge from a month of dormancy.

In Texas, one of the most populous U.S. states, all retail stores, restaurants, movie theaters and malls could resume activity on Friday while limiting capacity to 25% of their listed occupancy, on orders of Governor Greg Abbott.

Ohio will start by allowing non-essential surgeries on Friday and then move to open construction and manufacturing on Monday, and retail shops and many consumer services on May 12, Governor Mike DeWine said earlier this week.

States are feeling enormous pressure to reopen businesses and restore social life, despite a lack of wide-scale virus testing and other safeguards urged by health experts, as the outbreak appears to have waned across many parts of the country.

No companies are required to reopen and it was unclear how many business owners and their employees would return to work, and how many patrons would venture back into stores and restaurants.

U.S. Labor Department data released on Thursday showed some 30 million Americans had sought unemployment benefits since March 21. The jobless toll amounts to more than 18.4% of the U.S. working-age population, a level not seen since the Great Depression of the 1930s.

States, mostly in the South, the Midwest and mountain West, have moved to relax restrictions since Georgia led the way late last week. Georgia Governor Brian Kemp said late on Thursday he was relaxing his state’s month-long shelter-in-place orders, allowing all businesses to reopen on Friday.

Dr. Anthony Fauci, director of the National Institute of Allergy and Infectious Diseases, said late on Thursday he was concerned about states and communities “leapfrogging” over the first phase of federal guidelines for reopening.

“Obviously, you could get away with that, but you’re making a really significant risk,” Fauci told CNN.

Phase One of the White House “Opening Up America Again” guidelines recommends states and regions satisfy a series of criteria including a 14-day decline in cases of the COVID-19 disease caused by the virus, a robust testing program and the healthcare capacity to handle a possible surge.

They also recommend that Americans “maximize physical distance” and avoid social settings of more than 10 people and that employers encourage telework whenever possible and a gradual return to the workplace.

The number of coronavirus cases is still climbing in many parts of the country, although peaks appear to have been reached in New York state, the epicenter of the U.S. outbreak, and other places.

Arizona, Kansas, Minnesota, Nebraska, Pennsylvania, Virginia and Wisconsin all reported a record number of new cases on Thursday, though greater testing could account for some of the increases, revealing infections present but previously undetected.

As of late on Thursday, the number of known infections nationwide had climbed to well over 1 million, including nearly 63,000 deaths, far exceeding the tally of American war dead from all the years of U.S. military involvement in Vietnam.