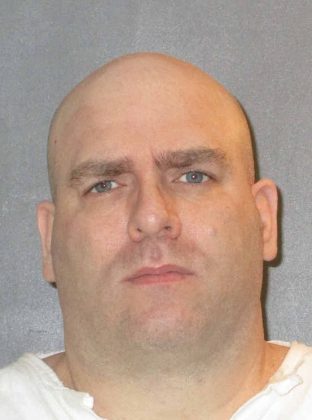 (Reuters) – A man who has maintained his innocence and whose lawyers have argued the state ignored key evidence that would exonerate him is scheduled to be put to death in Texas on Wednesday for the kidnapping, rape and murder of a 19-year-old college student.

Larry Swearingen, 48, who faced five previous execution dates over the past two decades, is scheduled to die by lethal injection at 6 p.m. at the state’s death chamber in Huntsville.

A jury convicted and sentenced Swearingen to die in 2000 for the murder of Melissa Trotter, who disappeared on Dec. 8, 1998. Trotter was found dead 25 days later in a densely wooded area in the Sam Houston National Forest with a piece of pantyhose around her neck.

During Swearingen’s trial, prosecutors laid out a case based on witness testimony, cellphone records and evidence found in his house and truck that they said linked him to her death.

Prosecutors said that on the day Trotter went missing, a witness saw her with a man leaving the Lone Star College–Montgomery library, in The Woodlands, Texas, where she attended school. The Woodlands is about 30 miles (48 km) north of Houston.

Investigators collected hair and fibers belonging to Trotter from Swearingen’s home and truck. In his house, they also discovered her lighter, cigarettes and pantyhose, half of which was found wrapped around her neck when her body was found, according to court documents.

Swearingen was arrested three days after Trotter went missing. In jail, he tried to write a letter in Spanish in which he claimed to be someone else who had knowledge of the murder. In the letter, Swearingen corroborated details of the evidence in the case, court documents showed.

He also told a cellmate that he committed capital murder and planned to escape the death penalty, according to court documents.

Swearingen has professed his innocence for the past two decades. In a series of appeals that have wound through Texas and federal courts, his lawyers have challenged the state’s DNA testing in the case and had experts testify that the decomposition of Trotter’s body showed it was dumped in the woods after Swearingen was in custody.

On Monday, the Texas Board of Pardons and Paroles denied Swearingen’s request for clemency.

Swearingen would be the 12th inmate executed in the United States and the fourth in Texas in 2019, according to the Death Penalty Information Center.

(Reporting by Brendan O’Brien in Chicago; Editing by Peter Cooney)