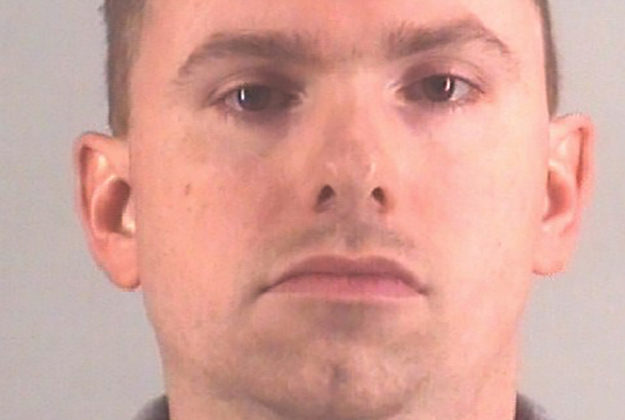 (Reuters) – A Texas woman was shot dead by a Fort Worth police officer through the window of her home after she heard noises outside late at night and picked up her handgun, the officer’s arrest warrant showed on Tuesday.

Atatiana Jefferson, 28, was playing video games with her 8-year-old nephew around 2:30 am on Saturday when she heard noises in her backyard, according to the warrant for former Fort Worth Police Officer Dean Aaron’s arrest for alleged murder.

The noises were Dean and his partner creeping around the back of her home after they were called to investigate why her front door was open.

Dean resigned on Monday before he was fired for breaching a string of police policies in shooting Jefferson dead with a single shot, according to Fort Worth Police Chief Ed Kraus.

Jefferson’s death brought outraged calls for an investigation into Fort Worth Police, whose officers are accused by her family’s lawyer, Lee Merritt, of fatally shooting seven people in under six months.

“She heard noises coming from outside, and she took her handgun from her purse,” Jefferson’s nephew told police, according to the warrant. His name was redacted from the warrant.

“Jefferson raised her handgun, pointed it toward the window, then Jefferson was shot and fell to the ground,” the warrant said.

Dean’s partner, identified as Officer Darch, said she could see Jefferson when Dean shot her.

“She could only see Jefferson’s face through the window when Officer Dean discharged his weapon,” the warrant said.

The officers did not knock on the front door of the home or announce they were police before Dean fired his weapon, according to Kraus.

“It makes sense she would have a gun if she felt threatened or if there was someone in the backyard,” Kraus said, ending a press conference after eight minutes as he grew emotional talking about the impact of the killing on police morale.

Fort Worth has called in an independent panel of experts to evaluate the police department after the shooting.

Jefferson was killed the same month another former Texas police officer, Amber Guyger, was convicted of murdering Botham Jean, a black man, as he sat in his home eating ice cream.

Jefferson’s family has called for the swift prosecution of Dean, who was arrested on Monday and posted bond overnight.

“#AtatianaJefferson deserved to live in a world where she was safe from brutality playing video games in her home with her nephew,” Merritt tweeted.