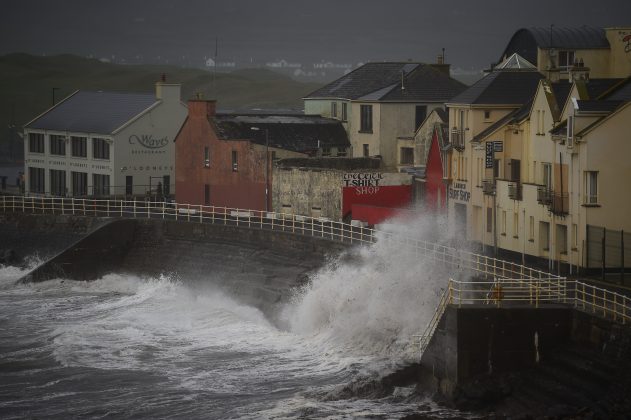 Over 360,000 homes and businesses were without electricity with another 100,000 outages expected by nightfall, Ireland’s Electricity Supply Board said, describing it as an unprecedented event that would effect every part of the country for days.

Around 170 flights from Ireland’s two main airports at Dublin and Shannon were canceled.

Two people were killed in separate incidents when trees fell on their cars — a woman in her 50s in the south east and a man on the east coast. Another man in his 30s died while trying to clear a fallen tree in an incident involving a chainsaw.

The storm, downgraded from a hurricane overnight, was the worst to hit Ireland in half a century. It made landfall after 10:40 a.m. (0940 GMT), the Irish National Meteorological Service said, with winds as strong as 190 kph (110 mph) hitting the most southerly tip of the country. Coastal flooding was likely.

“This storm is still very active and there are still very dangerous conditions in parts of the country. Do not be lulled into thinking this has passed,” the chairman of Ireland’s National Emergency Coordination Group, Sean Hogan, told national broadcaster RTE. 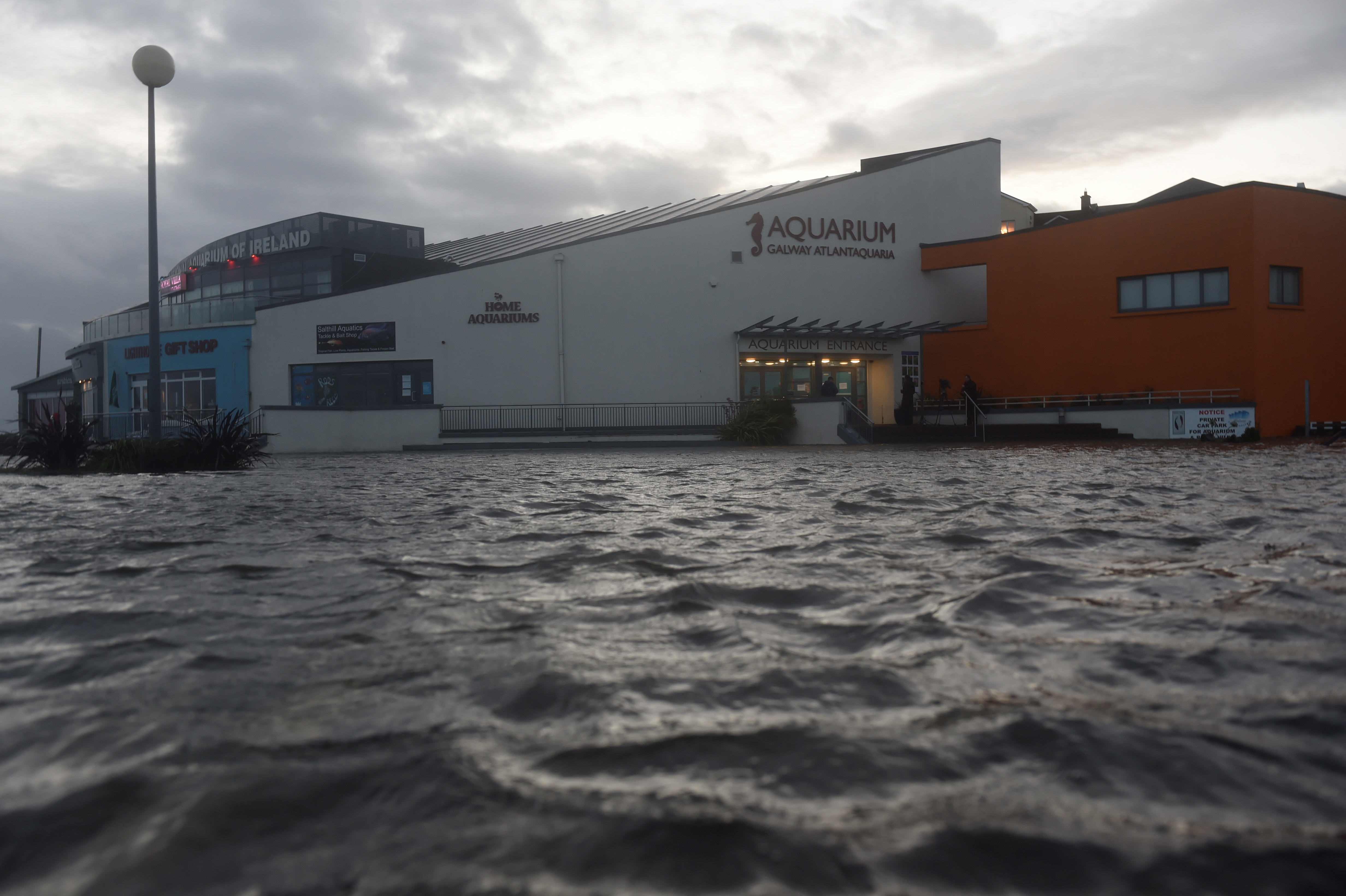 The armed forces were sent to bolster flood defenses, public transport services and hospitals were closed and schools across Ireland and Northern Ireland will remain shut for a second day on Tuesday.

Hundreds of roads were blocked by fallen trees, Hogan said. Photos on social media showed roofs flying off buildings, including at Cork City soccer club’s Turner’s Cross stadium where the roof of one stand had collapsed.

Prime Minister Leo Varadkar advised people to stay indoors. The transport minister said it was not safe to drive.

The storm winds were due to peak between 1600 GMT and 1800 GMT in Dublin and Galway, two of Ireland’s most populous cities, and later on Monday in northern areas.

It is expected to move towards western Scotland overnight and “impactful weather” is expected in other western and northern parts of the United Kingdom, it said.

It passed close to a western Ireland golf course owned by U.S. President Donald Trump, who has been planning a wall to protect its greens from coastal erosion.

Similar storms in the past have changed the shape of stretches of the Irish coastline, climatologists said.