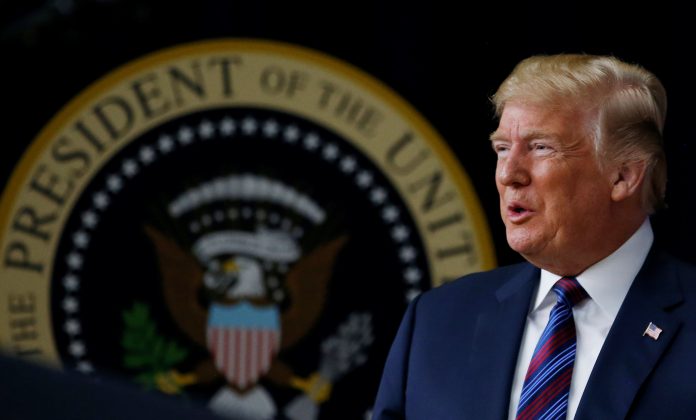 U.S. President Donald Trump arrives prior to signing the "Right to Try Act," which gives terminally ill patients the right to use experimental medications not yet been approved by the Food and Drug Administration (FDA), at the White House in Washington, U.S., May 30, 2018. REUTERS/Leah Millis

WASHINGTON (Reuters) – President Donald Trump on Wednesday said he expects major drug companies to cut prices on their products in two weeks, but did not provide details on which companies would do so or the means by which they would provide such reductions.

Earlier this month, Trump unveiled the administration’s plan to lower prescription drug prices, largely through regulatory authority, calling the plan “the most sweeping action in history” to reduce the cost of medicines for consumers.

But healthcare stocks rose as it became clear that his administration avoided aggressive direct measures to cut prices.

The Health and Human Services Department has put out a request for information for its drug pricing plan, but has yet to issue any new regulations or pilot programs to lower drug prices.

Trump campaigned on lowering drug prices and has said that pharmaceutical companies were “getting away with murder,” but has since backed off that rhetoric.

HHS did not immediately respond to a request for comment on Trump’s announcement.