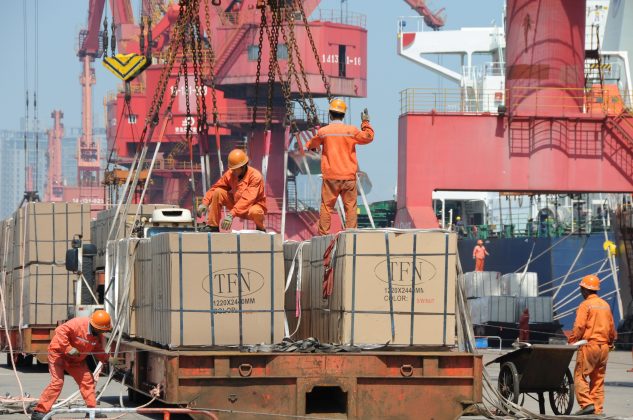 WASHINGTON (Reuters) – Top representatives of the United States and China are organizing a resumption of talks for next week to try to resolve a year-long trade war between the world’s two largest economies, Trump administration officials said on Wednesday.

“Those talks will continue in earnest this coming week,” White House Economic Adviser Larry Kudlow told reporters in a briefing.

An official from the Office of the U.S. Trade Representative said later that the two sides were in the process of scheduling a principal-level phone call with Chinese officials for next week.

The principal negotiators on the U.S. side are U.S. Trade Representative Robert Lighthizer and Treasury Secretary Steven Mnuchin, while China’s top negotiator is Vice Premier Liu He.

The two sides have been in communication by telephone since last weekend, when U.S. President Donald Trump and Chinese President Xi Jinping agreed to relaunch talks that had stalled in May.

Kudlow was unclear about the timeline for relaunching face-to-face talks, saying that these would begin “soon” and that an announcement would be forthcoming.

“I don’t know precisely when. They’re on the phone. They’re going to be on the phone this coming week and they’ll be scheduling face-to-face meetings,” he said.

Talks between the two sides broke down in May after U.S. officials accused China of pulling back from commitments it had made previously in the text of an agreement that negotiators said was nearly finished.

The United States accuses China of allowing intellectual property theft and forcing U.S. companies to share their technology with Chinese counterparts in order to do business in China. It wants China to change its laws on those and other issues.

China denies such practices and is reluctant to make sweeping legal changes.

Both countries have levied tariffs on the other, but Trump made two major concessions at the meeting with Xi to get talks started again: he agreed not to put tariffs on some $300 billion in additional Chinese imports and to loosen restrictions on Chinese technology company Huawei.

China welcomed the U.S. decision not to put new tariffs on Chinese goods, commerce ministry spokesman Gao Feng told a regular media briefing on Thursday, but added the removal of existing U.S. tariffs was essential for a trade deal.

“The U.S. move to unilaterally increase tariffs on Chinese imports started the Sino-U.S. economic and trade frictions. If both sides could reach a deal, those tariffs must be completely removed,” said Gao.

The United States has 25% tariffs on $250 billion of Chinese goods now ranging from semi-conductors to furniture.

“We’ve been accommodative. We will not lift tariffs during the talks,” Kudlow said. “We are hoping that China will toe its end of it by purchasing a good many of American imports.”

Gao said China hoped the United States would follow through on Trump’s promise to ease restrictions on telecommunications giant Huawei.

Trump surprised markets on Saturday with an announcement that U.S. companies would be allowed to sell products to Huawei, which was placed on a so-called Entity List in May over national security concerns.

But industry and government officials are uncertain what the new policy will be.

The U.S. Commerce Department is reviewing license requests from U.S. companies seeking to export products to Huawei “under the highest national security scrutiny”.