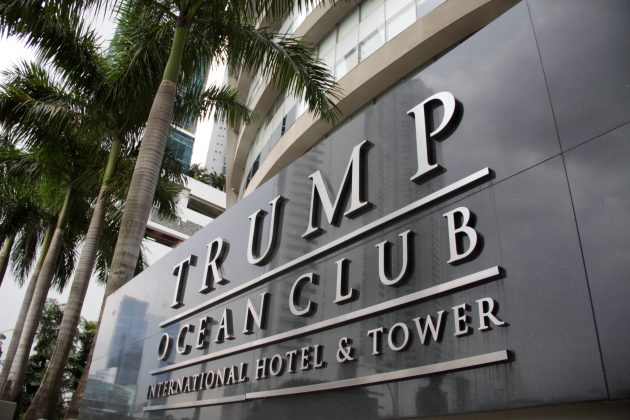 MEXICO CITY (Reuters) – Owners of the Trump International Hotel in Panama City are trying to strip the president’s name from the building and remove his company from management, the Associated Press reported on Monday.

When it was completed in 2011, the 70-floor building was the future U.S. president’s first international hotel venture, a complex including apartments and a casino in a waterfront building that has earned Trump between $30 million and $50 million.

In August this year, Miami-based Ithaca Capital Partners completed its purchase of the hotel amenities and the majority of the units in the Trump International Hotel.

In October, Ithaca proposed removing the Trump Organization’s directors from the hotel board and sending a notice of default to Trump, to begin terminating Trump’s link to the property, after complaints over alleged mismanagement, the AP reported.

“Not only do we have a valid, binding and enforceable long-term management agreement, but any suggestion that the hotel is not performing up to expectations is belied by the actual facts,” the Trump Organization said in a statement.

Ithaca did not immediately respond to a request for comment.

Trump licensed his brand to the luxury project and provided hotel management. A Reuters investigation published in November found that alleged fraudster Alexandre Ventura Nogueira had sold between one-third and one-half of the advance sales for the Trump Ocean Club, as the complex including the hotel and apartments is known. (http://reut.rs/2zOaBYo)

The story, reported in conjunction with U.S. broadcaster NBC News, detailed how Nogueira did business with a Colombian money launderer and two criminals from the former Soviet Union.

Nogueira told Reuters and NBC how, in the project’s early days, he had participated in business meetings with Ivanka Trump and that she had endorsed his recommendation to sell the apartments for a higher price.

Ivanka Trump declined to comment on the allegations, while the Trump Organization said it did not remember Nogueira.

Earlier in November, the Trump Organization said it would give up management of the Trump SoHo hotel in New York City by the end of the year.

The Trump Ocean Club Panama Owners Association could not be reached for comment.