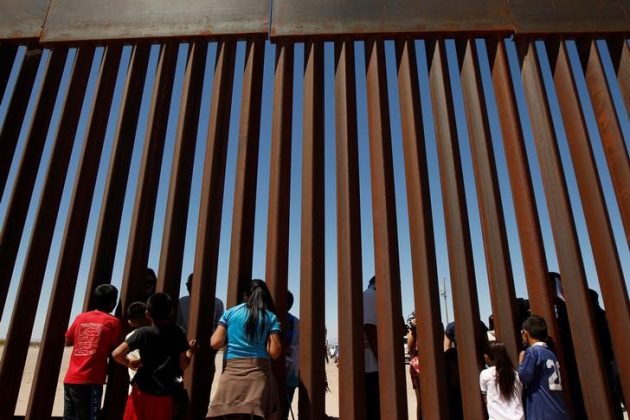 Children interact with members of the Presbyterian church in Sunland Park, U.S. at a new section of the border wall on the U.S.-Mexico border after a liturgy to commemorate the religious dimensions of migration, in this picture taken from Anapra neighborhood in Ciudad Juarez, Mexico May 3, 2018. REUTERS/Jose Luis Gonzalez