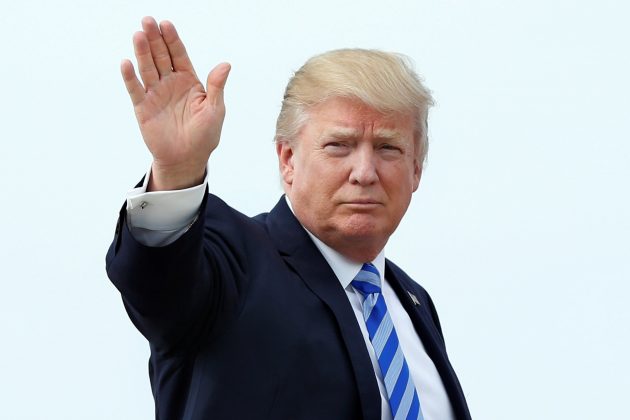 Two senior Trump administration officials who briefed reporters at the White House said Trump will also use the “buy American and hire American” order to seek changes in government procurement practices to increase the purchase of American products in federal contracts.

Trump is to sign the order when he visits the world headquarters of Snap-On Inc, a tool manufacturer in Kenosha, Wisconsin.

The order is an attempt by Trump to carry out his “America First” campaign pledges to reform U.S. immigration policies and encourage purchases of American products. As he nears the 100-day benchmark of his presidency, Trump has no major legislative achievements to tout but has used executive orders to seek regulatory changes to help the U.S. economy.

The order he will sign on Tuesday will call for “the strict enforcement of all laws governing entry into the United States of labor from abroad for the stated purpose of creating higher wages and higher employment rates for workers in the United States,” one of the senior officials said.

It will call on the departments of Labor, Justice, Homeland Security and State to take action to crack down on what the official called “fraud and abuse” in the U.S. immigration system to protect American workers.

The order will call on those four federal departments to propose reforms to ensure H-1B visas are awarded to the most skilled or highest paid applicant.

H-1B visas are intended for foreign nationals in “specialty” occupations that generally require higher education, which according to U.S. Citizenship and Immigration Services (USCIS) includes, but is not limited to, scientists, engineers or computer programmers. The government uses a lottery to award 65,000 visas every year and randomly distributes another 20,000 to graduate student workers.

Companies say they use visas to recruit top talent. More than 15 percent of Facebook Inc’s U.S. employees in 2016 used a temporary work visa, according to a Reuters analysis of U.S. Labor Department filings.

Facebook, Microsoft Corp and Apple Inc were not immediately available for a comment outside normal business hours.

A majority of the H-1B visas are, however, awarded to outsourcing firms, sparking criticism by skeptics who say those firms use the visas to fill lower-level information technology jobs. Critics also say the lottery system benefits outsourcing firms that flood the system with mass applications.

The senior official said the end result of how the system currently works is that foreign workers are often brought in at less pay to replace American workers, “violating the principle of the program.”

Indian nationals are by far the largest group of recipients of the H-1B visas issued each year to new applicants.

NASSCOM, the Indian IT service industry’s main lobby group, said it supports efforts to root out any abuses occurring in the H-1B system, but slammed allegations against the sector, saying the idea that H-1B visa holders are cheap labor, is inaccurate and a campaign to discredit the sector.

It warned that any onerous additional restrictions to the visa program would “hurt thousands of U.S. businesses and their efforts to be more competitive,” by hindering access to needed talent. NASSCOM said it would comment further when there are specific proposals under consideration.

The Indian commerce ministry, which has been liaising with the United States on the visa issue, declined to comment. A senior ministry official said it would wait for “actual action” before making any official comment. India had urged the U.S. to be open minded on admitting skilled Indian workers.

India’s No. 2 IT Services firm Infosys has said it is ramping up work on on-site development centers in the United States to train local talent in a bid to address the visa regulation changes under consideration.

Infosys also warned on an investor call last week that its operating margin forecast for fiscal 2018 may get impacted by onerous changes to U.S. visa rules.

Trump’s new executive order will also ask federal agencies to look at how to get rid of loopholes in the government procurement process.

Specifically, the review will take into account whether waivers in free-trade agreements are leading to unfair trade by allowing foreign companies to undercut American companies in the global government procurement market.

“If it turns out America is a net loser because of those free-trade agreement waivers, which apply to almost 60 countries, these waivers may be promptly renegotiated or revoked,” the second official said.