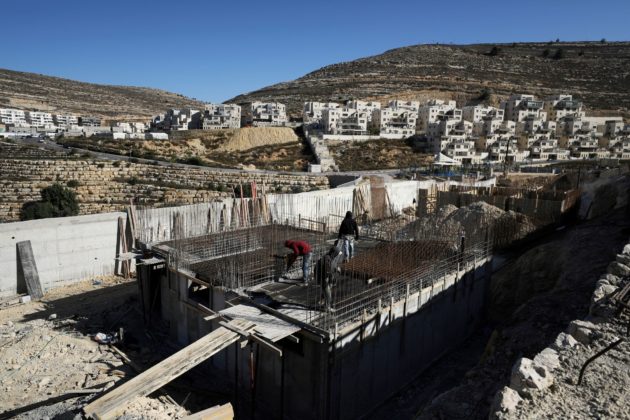 By Maria Caspani and Matt Spetalnick

NEW YORK/WASHINGTON (Reuters) – A U.S. decision effectively backing Israel’s building of settlements in the occupied West Bank, long a cherished item on conservative Christians’ wish list, is expected to strengthen evangelicals’ support for Donald Trump as he seeks re-election in 2020, according to a leader of the president’s evangelical advisory group.

While Palestinians and Arab governments condemned the Trump administration’s declaration on Monday that Jewish settlements in occupied territory are not “inconsistent with international law,” the reversal of four decades of U.S. policy drew praise from evangelicals, an important part of his base.

Trump had already tightened his bond with his pro-Israel constituency by recognizing Jerusalem as Israel’s capital in 2017, moving the U.S. embassy to the holy city in 2018 and then endorsing Israel’s annexation of the Golan Heights, captured from Syria in 1967.

Though an intense push by evangelicals set the stage for Trump’s Jerusalem moves, Mike Evans – Texas-based founder of Friends of Zion Museum in Jerusalem – said evangelicals felt no need to mount a similar campaign with the administration over settlements, one of the core issues of the decades-old Middle East conflict.

“There was virtually no lobbying for the policy shift because he (Trump) knows us, he knows what we believe,” Evans told Reuters in New York.

U.S. policy makers, however, were widely known to have consulted regularly with evangelical leaders – as well as some of Israel’s Jewish American supporters – in crafting a series of pro-Israel initiatives that have thrilled most Israelis but angered Palestinians since Trump took office in 2017.

The latest move could nevertheless undermine Trump’s efforts to resolve the conflict through a peace plan that has been in the works for more than two years but has drawn widespread skepticism even before its release.

Evans, an informal adviser and member of Trump’s Faith Initiative, said he was given advance word on the announcement and was personally briefed by Secretary of State Mike Pompeo immediately after he unveiled it in Washington.

Evangelicals have been a core base for Trump since the 2016 election. Many are also staunch supporters of Israel, feeling a religious connection with the Jewish people and the Holy Land.

The West Bank, which Israel seized in a 1967 war and Palestinians want as part of their future state, holds special importance to evangelicals who see a divine hand in the modern-day return of Jews to a Biblical homeland.

Pompeo – along with Vice President Mike Pence – is himself an evangelical, telling an interviewer in Israel in March that “the Lord was at work here” in Trump’s Israel policies.

The U.S. legal determination on settlements had been “a long time in the making” and only just came to fruition, according to a person familiar with the matter.

But Evans said Trump appeared to be trying to give Netanyahu a boost. “Donald Trump trusts Benjamin Netanyahu and there’s a chemistry between them,” he said. “He was sending a signal.”

Asked about Trump’s own re-election prospects, he said: “I have 68 million Facebook followers. When the president blesses Israel, they feel strongly that God is going to bless us … He won’t get 90%; he will get 100% of this base.”

Jack Graham, pastor of 40,000-plus-member Prestonwood Baptist Church in Plano, Texas, was quoted by the Christian Broadcasting Network as saying the Trump administration “once again has demonstrated why evangelical Christians have been unwavering in their support.”

The settlement announcement could also help lay part of the legal groundwork for Trump’s long-delayed peace plan, which Pompeo said he hoped would be rolled out “before too long,” after a new Israeli government is formed.

While details have been kept under wraps, it is widely expected to call for Israel to keep the vast majority of its settlements. The international community mostly considers them illegal, an assertion disputed by Israel.

But a U.S. official told Reuters: “Nothing in yesterday’s announcement should be read as previewing the content of the White House’s vision for peace.”