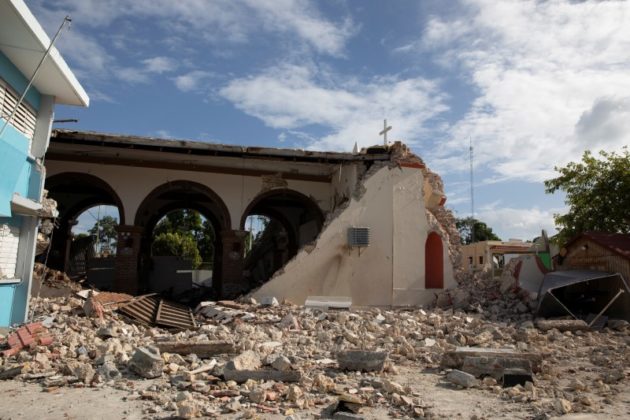 FILE PHOTO: A general view of a damaged church after the earthquake in Guayanilla, Puerto Rico, January 9, 2020. REUTERS/Marco Bello

Puerto Rico officials and U.S. legislators have called on Trump to increase federal aid for the island after it was hit by a 6.4 magnitude earthquake and powerful aftershocks that have collapsed hundreds of homes and sent nearly 8,000 residents fleeing to shelters.

Trump declared an emergency on the island after the Jan. 7 earthquake and his declaration of a major disaster would give Puerto Rico access to additional relief resources.

Gonzalez on Wednesday said Puerto Rico would be given an additional $8.2 billion in delayed disaster-aid to fund the U.S. territory’s recovery from 2017 hurricanes.