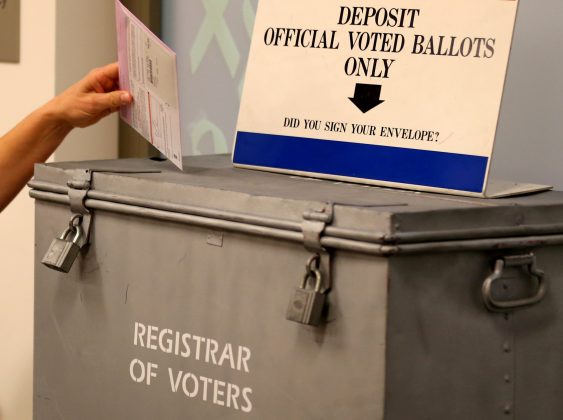 WASHINGTON (Reuters) – President Donald Trump’s commission to investigate possible election fraud will convene this month, a government notice said on Friday, as more U.S. states have refused to hand over at least some voter data.

Trump created the Presidential Advisory Commission on Election Integrity in May, after claiming without evidence that millions of people voted illegally for his Democratic rival, Hillary Clinton, in the 2016 election.

U.S. civil rights groups and Democratic lawmakers have called the panel a voter suppression tactic by Trump, a Republican who won the presidential election by securing a majority in the Electoral College tally of delegates even as he lost the popular vote to Clinton by some 3 million votes.

The Electronic Privacy Information Center, a watchdog group, has filed a lawsuit to block the commission’s data request until its privacy impact can be weighed. A hearing in the case was scheduled for Friday afternoon.

There is a wide consensus among state officials from both parties and election experts that voter fraud is rare. States rejecting the commission’s attempts to gather voter information have called it unnecessary and a violation of privacy.

The commission will meet on July 19 to swear in members, formulate objectives and discuss next steps after asking the 50 states to turn over potentially sensitive voter information, according to a General Services Administration (GSA) notice published in the Federal Register.

As of Wednesday, at least 44 states had refused to hand over at least some of the data requested, the Washington Post said. Republican Kansas Secretary of State Kris Kobach, the commission vice chairman, on Wednesday said such reports were false. He said in a statement sent by the White House that 14 states and Washington, D.C., had rejected the request outright.

Although Maine is one state that has pushed back at the commission’s request, Dunlap said he hopes the panel can tackle voting issues including ballot access and hacking.

A Republican commission member, former Ohio Secretary of State Ken Blackwell, defended the panel, telling CNN on Thursday that fraud with even “one vote per precinct … can change the course of history.”

A court filing in the Electronic Privacy Information Center case also showed the panel plans to house data on White House computers rather than at the GSA. The Washington Post, which earlier reported the filing, noted GSA would be required to follow specific privacy requirements.

U.S. intelligence agencies have concluded that Moscow tried to tilt the election in Trump’s favor. Moscow has dismissed the accusations. Trump has denied any collusion and has questioned the agencies’ conclusion as well as any Russian role.