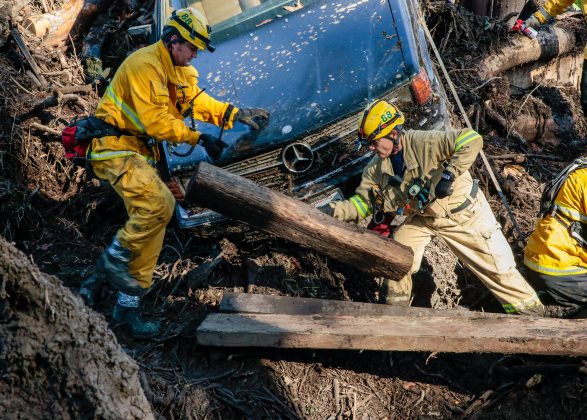 Rescue workers scour through cars for missing persons after a mudslide in Montecito. REUTERS/Kyle Grillot