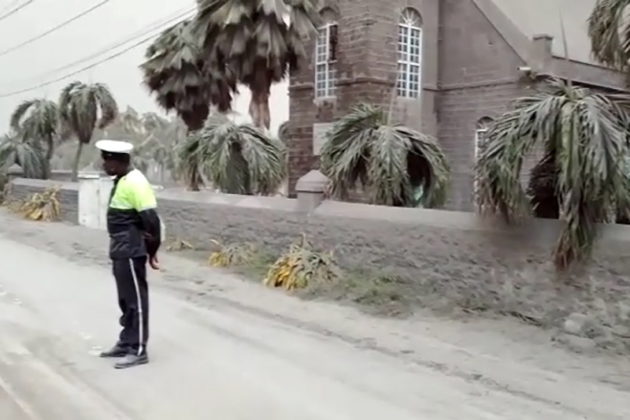 FILE PHOTO: Ash covers roads a day after the La Soufriere volcano erupted after decades of inactivity, about 5 miles (8 km) away in Georgetown, St Vincent and the Grenadines April 10, 2021 in a still image from video. REUTERS/Robertson S. Henry