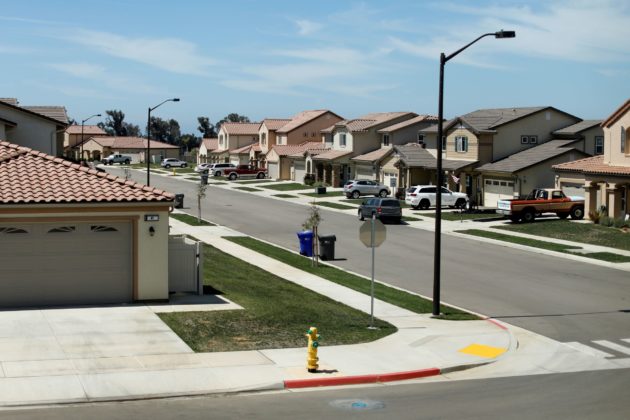 (Reuters) – Pledging to overcome a housing crisis on its installations, the U.S. Army is outlining new steps it is taking to provide better housing for families of service members while demanding accountability from private landlords and Army commanders.

In an interview, Army Secretary Ryan McCarthy said private real estate firms operating housing on military bases have already committed some $500 million to address substandard conditions like those documented in a Reuters series, Ambushed at Home.

McCarthy, confirmed by the U.S. Senate last month as the Army’s senior civilian official, said more money is needed to build new housing on Army bases and renovate thousands of existing units. In the coming months, McCarthy said, the Army will consider a broad “recapitalization” of its housing program with its private partners.

The Reuters series documented housing hazards including shoddy construction, mold and pest infestations, the presence of lead-based paint and others.

Already this year, the Army has moved 1,800 families into temporary housing while repairing their homes, it said. It has been sending military personnel to inspect each home in its 87,000-unit portfolio for environmental threats, and, with its partners, has spent an extra $68 million addressing maintenance delays, the Army added. Going forward, the Army will require regular home inspections for safety hazards including peeling lead paint, mold and asbestos, it said.

In addition, the Army has hired 100 new housing inspectors and is requiring private landlords to create phone apps so residents can track the progress of maintenance work, it said.

“There was a breakdown over the last decade,” McCarthy said. “These are hard lessons learned, but we’re trying to dig out quickly.”

Starting in January, McCarthy said, the Army will change the way it approves incentive fee payments to its private landlords to ensure that firms do not profit from homes left in disrepair.

The Army has placed four-star General Gus Perna, who heads the Army Materiel Command, in charge of personally approving all incentive fees paid to the housing partners, which can be worth millions of dollars each year.

“I have one metric: Make sure our families live in the best base housing possible,” Perna said.

Since the late 1990s, nearly all family housing on domestic U.S. military bases has been privatized. Developers and property managers who oversee the homes hold 50-year contracts worth billions of dollars. But the privatization program gave families little recourse to challenge landlords, who can deduct rent from military paychecks of service members. Now, the Army is holding regular town hall meetings to let residents air concerns. Other service branches have followed suit.

Some landlords have committed to new housing investments. Rhode Island-based Corvias, among the Army’s top partners, recently arranged $325 million in lending to launch upgrades, McCarthy said. Some $100 million is targeted for Fort Bragg in North Carolina, the most populous U.S. base, where residents have cited mold and leaks.

“A lot of work remains,” McCarthy said. “We just want families to know we’re going to get out of this.”

(Reporting by Joshua Schneyer and M.B. Pell; Editing by Ronnie Greene and Will Dunham)