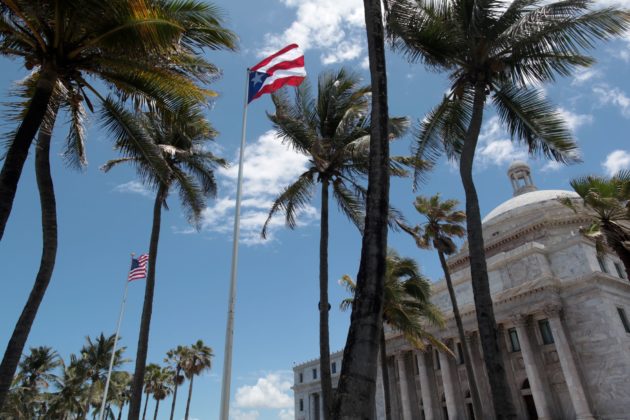 U.S. bill would provide Puerto Rico a path to statehood
(Reuters) – The question of statehood for Puerto Rico would be put to voters of the U.S. commonwealth for a third time since 2012 under legislation introduced in Congress on Tuesday.

Proponents of the bill said it would provide the island with the same path to statehood taken by Alaska and Hawaii, the last two states admitted to the union.

Under the legislation, which has some bipartisan support, a federally authorized referendum would appear on the Nov. 3, 2020, ballot in Puerto Rico. Approval by a majority of the island’s voters would lead to a presidential proclamation within 30 months making Puerto Rico the 51st state.

President Donald Trump has called Puerto Rico “one of the most corrupt places on earth,” making the bill’s future murky. The island’s non-voting congressional representative, Jenniffer Gonzalez-Colon, said the measure has 45 sponsors.

The island is still trying to recover from devastating hurricanes that hit in 2017, while it works its way through a bankruptcy process to restructure about $120 billion of debt and pension obligations.

“The American citizens of Puerto Rico will have the opportunity to participate in a federally-sponsored vote and be asked the following question: ‘Should Puerto Rico be admitted as a State of the Union, yes or no?’” she said in a statement. “This is similar to what happened in Alaska and Hawaii, which is what ultimately makes this legislation different.”

In a non-binding 2017 referendum https://www.reuters.com/article/us-puertorico-debt-vote/puerto-rico-governor-vows-statehood-push-after-referendum-win-idUSKBN1931NG, 97% of the island’s voters favored statehood, although turnout was just 23% due to a boycott against the vote.

In a 2012 vote, 61% of Puerto Ricans favored statehood over other alternatives. Neither results moved Congress to act on statehood.

Puerto Rico, which has been governed by the United States since 1899, has suffered the effects of unequal treatment under federal law compared with U.S. states, hindering the island’s development and economy, according to the bill.

(Reporting by Karen Pierog in Chicago; Editing by Matthew Lewis)