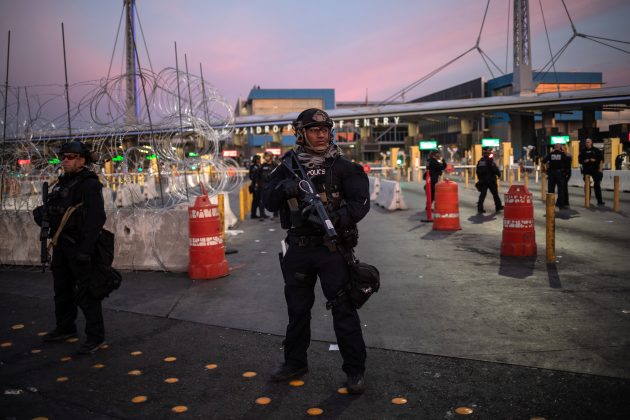 TIJUANA, Mexico (Reuters) – U.S. officials briefly closed the busiest border crossing from Mexico early on Monday to add concrete barricades and razor wire amid concerns that some of the thousands of Central American migrants at the border could try to rush the crossing.

A Department of Homeland Security official, speaking on condition of anonymity, told reporters in a conference call later that U.S. officials had heard reports some migrants were intending to run through border crossings into California.

Ahead of U.S. congressional elections earlier this month, President Donald Trump denounced the approach of a caravan of migrants as an “invasion” that threatened American national security. He sent thousands of U.S. troops to the border.

By dawn on Monday, 15 of 26 vehicle lanes had reopened at the San Ysidro crossing, according to the DHS official.

It was a rare closing of the station, which is one of the busiest border crossings in the world, with tens of thousands Mexicans heading every day into the United States to work or study.