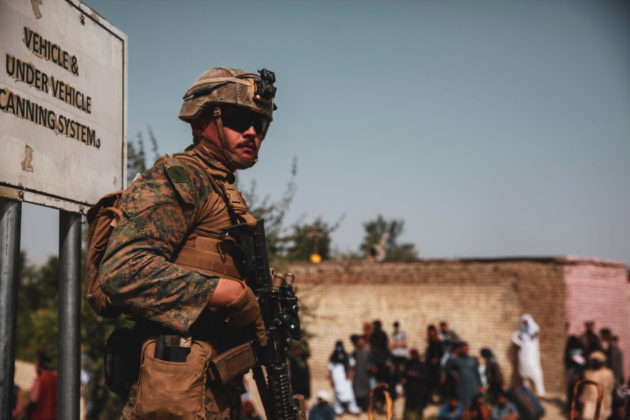 By Andrea Shalal and Ted Hesson

WASHINGTON (Reuters) -A senior U.S. official on Tuesday could not say how many Afghans have been evacuated to the United States, adding that the situation remains “fluid” because of the swiftness of the operation.

Pressed to provide numbers, the official said the U.S. government was “moving as quickly as we can to get them out of harm’s way.”

“I don’t have exact numbers for you right now or a breakdown,” the official told reporters during a phone briefing. “Even if I did, it would shift as this process continues.”

President Joe Biden’s administration has scrambled to evacuate U.S. citizens and Afghan allies amid the chaos at Kabul airport ahead of an Aug. 31 deadline for U.S. forces to pull out of Afghanistan.

In the rush, the Biden administration has not said exactly how many Afghans have been allowed to enter the United States, a figure that could show the country’s commitment to resettling vulnerable Afghans but also potentially fuel concerns that Afghans could be entering the country without adequate security vetting.

Flights have arrived in the United States in recent days carrying U.S. citizens and Afghans.

After being tested for the coronavirus upon arrival, Americans can head to their homes, while others will go to a variety of U.S. military bases, where they will receive assistance in applying for work authorization, the senior official said on Tuesday.

The arriving Afghans will be connected with refugee resettlement organizations, said the official, who requested anonymity to discuss internal government operations.

Other Afghans evacuated by the United States have been sent to third-country transit points in Europe and Asia, the official said.

U.S. law enforcement and counterterrorism officials are carrying out “robust security processing” before those evacuees are allowed to enter the United States, including biometric and biographical checks, the official said.

(Reporting by Andrea Shalal and Ted Hesson in Washington; Editing by Ross Colvin and Grant McCool)