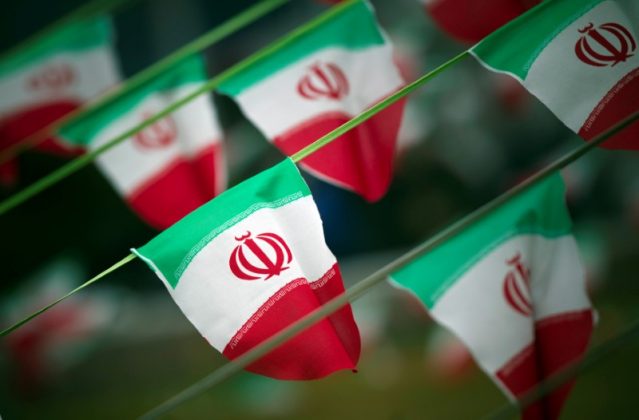 WASHINGTON (Reuters) – The U.S. Congress will allow a deadline on reimposing sanctions on Iran to pass this week, congressional and White House aides said on Tuesday, leaving a pact between world powers and Tehran intact at least temporarily.

In October, Trump declined to certify that Iran was complying with the nuclear agreement reached among Tehran, the United States and others in 2015. His decision triggered a 60-day window for Congress to decide whether to bring back sanctions on Iran.

Congressional leaders have announced no plans to introduce a resolution to reimpose sanctions before Wednesday’s deadline and aides say lawmakers will let the deadline pass without action.

By doing that, Congress passes the ball back to Trump, who must decide in mid-January if he wants to continue to waive energy sanctions on Iran.

Trump’s failure to do so would blow apart the deal, a course opposed by European allies, Russia and China, the other parties to the accord, under which Iran got sanctions relief in return for curbing its nuclear ambitions.

Iran says its nuclear program is for peaceful purposes and denies it has aimed to build an atomic bomb. It has said it will stick to the accord as long as the other signatories respect it, but will “shred” the deal if Washington pulls out.

White House spokeswoman Sarah Sanders said the administration was not asking for sanctions to be reimposed. “The administration continues to make encouraging progress with Congress to fix the U.S.–Iran deal and address long-term proliferation issues,” she told a daily press briefing.

Efforts to find common ground with Europe on the Iran deal were complicated again last week, when Trump announced Washington would recognize Jerusalem as Israel’s capital, breaking with international consensus.

Trump has called the Iran pact the “worst deal ever” and has threatened to pull the United States out of it.

His fellow Republicans control both chambers of Congress but their Senate majority is so small that they need some Democratic support to advance most legislation. Senate Democrats, even those who opposed it two years ago, do not want to tear up the nuclear accord.

Republican Senator Bob Corker, chairman of the Senate Foreign Relations Committee, declined to say whether he thought Trump would carry through on a threat to tear up the nuclear pact in January if Congress does not pass legislation to further clamp down on Iran.

Corker told reporters he and Democratic Senator Ben Cardin met national security adviser H.R. McMaster last week to see “if there’s language that fits the bill here within Congress but also … keeps them (the Europeans) at the table with us and not feeling like we’ve gone off in a different direction.”

Corker declined to elaborate on specifics of the discussions.

Trump threatened to withdraw from the nuclear agreement if lawmakers did not toughen it by amending the Iran Nuclear Agreement Review Act, or INARA, the U.S. law that opened the possibility of bringing sanctions back.

Cardin, the senior Democrat on the Senate foreign relations panel, has said he would not support changes to the nuclear pact that are not supported by Europe.

Democrats also insist that while sanctions should be imposed over Iran’s ballistic missiles program or human rights violations, they must be separate from the nuclear agreement.