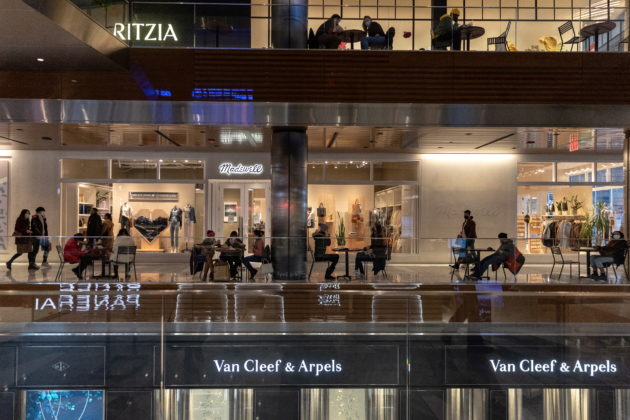 WASHINGTON (Reuters) -U.S. consumer prices rose by the most in more than 8-1/2 years in March as increased vaccinations and massive fiscal stimulus unleashed pent-up demand, kicking off what most economists expect will be a brief period of higher inflation.

The report from the Labor Department on Tuesday also showed a firming in underlying prices last month as the broader reopening of the economy bumps against bottlenecks in the supply chain, capacity constraints and higher commodity prices.

Federal Reserve Chair Jerome Powell and many economists view higher inflation as transitory, with supply chains expected to adapt and become more efficient. The supply constraints mostly reflect a shift in demand towards goods and away from services during the pandemic, now in its second year.

“Inflation is a process and not a one-time event,” said Chris Low, chief economist at FHN Financial in New York. “These bottlenecks are one offs. The Fed will not consider action until it views price levels changes as permanent rather than temporary, something it does not consider possible until the economy is at full employment.”

Food prices edged up 0.1%. The cost of food consumed at and away from home also rose 0.1%.

Economists polled by Reuters had forecast the CPI advancing 0.5%. In the 12 months through March, the CPI surged 2.6%. That was the largest gain since August 2018 and followed a 1.7% increase in February.

The jump mostly reflected the dropping of last spring’s weak readings from the calculation. Those so-called base effects are expected to push up annual inflation even higher in the coming months before subsiding later this year.

Stocks on Wall Street were mostly higher. The dollar slipped against a basket of currencies. U.S. Treasury prices rose slightly.

Excluding the volatile food and energy components, the CPI increased 0.3% after nudging up 0.1% in February. The largest gain in seven months in the so-called core CPI was driven by a rise in rents as well as hotel and motel accommodation prices, which rebounded 4.4% after falling 2.7% in February.

The cost of hospital services increased 0.6%. But prescription medication prices were unchanged leading to overall healthcare costs edging up 0.1%. Used cars and trucks prices increased a solid 0.5%, but the cost new cars was unchanged for a second straight month. Motor vehicle production has been hampered by a global shortage of semiconductors.

Consumers also paid more for motor vehicle insurance as well as recreation and household furnishings. But apparel prices fell as did costs related to education.

The core CPI increased 1.6% on a year-on-year basis after rising 1.3% in February. The Fed tracks the core personal consumption expenditures (PCE) price index for its 2% inflation target, a flexible average. The core PCE price index is at 1.5%.

The cost of services advanced 0.4% after rising 0.3% in February. The government reported last week that producer prices surged in March. With the CPI and PPI data in hand, economists at JPMorgan forecast the core PCE price index gained 0.4% in March after nudging up 0.1% in February. That would lift the year-on-year increase to 1.9% from 1.4% in February.

Some economists argue the fractured supply chains, together with nearly $6 trillion in government relief since the COVID-19 pandemic barreled through the United States in March 2020 could fan inflation for a sustained period. The Fed has also slashed its benchmark overnight interest rate to near zero and is pumping money into the economy through monthly bond purchases.

These economists also point to the business surveys, which have indicated that customer inventories are at record lows and order books are full. A survey from the NFIB on Tuesday showed just over a third of small businesses planned raising prices in March, noting that “low inventories and solid sales will create more opportunities to raise prices.”

“This suggests companies have strong pricing power that could allow them to expand profit margins after several years of margin compression, which could keep inflation higher for longer,” said James Knightley, chief international economist at ING in New York.

But labor market slack could make it harder for inflation to continue spiraling higher. Employment remains 8.4 million below its peak in February 2020. The extremely accommodative fiscal and monetary policy are also unlikely to keep inflation uncomfortably high, if history is a good predictor.

“Neither rapid money growth and record federal budget deficits have had any correlation with inflation over the past 40 years,” said David Berson, chief economist at Nationwide in Columbus, Ohio. “Additionally, the factors that have acted to keep inflation in check in recent decades – stable inflation expectations, increased use of technology, production movements to low-cost areas – all remain in place.”