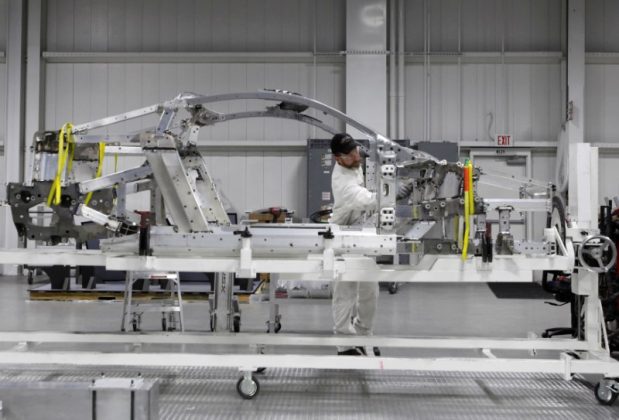 Manufacturing, which accounts for about 12 percent of the U.S. economy, is being underpinned by the energy sector revival.

Energy services firm Baker Hughes said last Friday that U.S. oil rigs totaled 688 in the week ending April 21, the most in two years. U.S. drillers have added oil rigs for 14 straight weeks and shale production in May was set for its biggest monthly increase in more than two years.

Business spending on equipment is expected to have accelerated from the fourth-quarter’s annualized 1.9 percent growth pace and will likely be one of the few bright spots when the government publishes its advance first-quarter GDP estimate on Friday.

Manufacturing could get a lift from President Donald Trump’s proposed tax plan, announced on Wednesday, that includes cutting the corporate income tax rate to 15 percent from 35 percent.

There were, however, declines in orders for fabricated metal products and computers and electronic products.