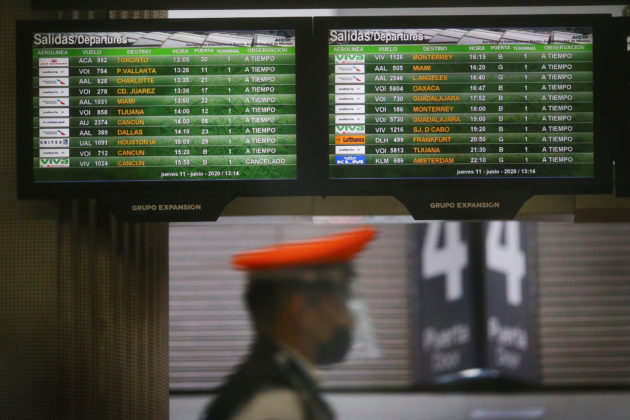 Plans for the Federal Aviation Administration (FAA) downgrade were first reported on Friday by Reuters.

The FAA said it was “fully committed to helping the Mexican aviation authority improve its safety oversight system to a level that meets” international standards and “ready to provide expertise and resources” to resolve issues in the assessment process.

The agency had held lengthy talks with Mexican aviation regulators about its concerns.

“We have been complying with all the requirements. We feel that this decision should not be made,” Lopez Obrador said at a regular news conference when asked about the possibility.

The FAA said its reassessment of the Agencia Federal de Aviacion Civil from October 2020 to February identified several areas of non-compliance with minimum international safety standards.

The Category 2 rating means Mexico lacks “necessary requirements to oversee the country’s air carriers in accordance with minimum international safety standards, or the civil aviation authority is lacking in one or more areas such as technical expertise, trained personnel, record keeping, inspection procedures, or resolution of safety concerns,” the FAA said.

Downgrading Mexico to Category 2 means current U.S. service by Mexican carriers are unaffected, but they cannot launch new flights. U.S. airlines will no longer be able to market and sell tickets with their names and designator codes on Mexican-operated flights and the FAA will increase scrutiny of Mexican airline flights to the United States, the agency said.

Delta Air Lines said on Tuesday an FAA downgrade was not about partner Aeromexico and will have little impact on customers.

“This is not about Aeromexico. This is about the Mexican version of the FAA not having some of the right protocols in place,” Delta president Glen Hauenstein said at a Wolfe Research conference.

Delta has a codeshare arrangement with Aeromexico enabling the two air carriers to sell seats on each other’s flights.

This would not be the first time the FAA downgraded Mexico’s air safety rating. In 2010, the agency downgraded Mexico due to suspected shortcomings within its civil aviation authority, then restored its top rating about four months later.