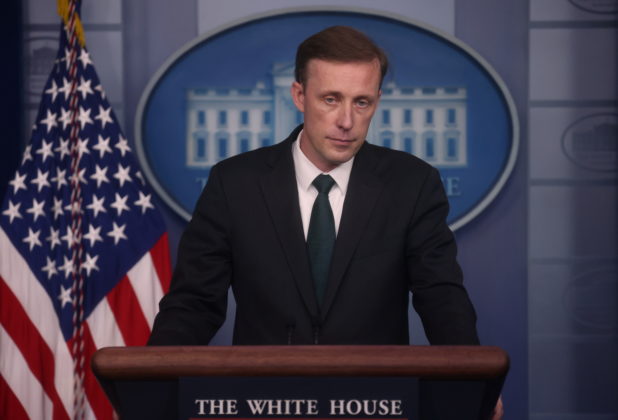 “They aim to rebuild communication channels and implement consensus reached between presidents Xi Jinping and Joe Biden,” the newspaper reported on Tuesday, citing an official familiar with the arrangements for the meeting between Jake Sullivan and Yang Jiechi.

Both the White House and the Chinese foreign ministry did not immediately respond to a Reuters request for comment.

Ties between China and the United States deteriorated sharply under former U.S. President Donald Trump, and the Biden administration has maintained pressure on China on a range of issues from Hong Kong and the Xinjiang region to the origins of COVID-19.

China has also been angered by increased U.S. support for Taiwan, believing the United States is colluding with forces there seeking the island’s formal independence, a red line for Beijing.

“Our commitment to Taiwan is rock solid and contributes to the maintenance of peace and stability across the Taiwan Strait and within the region,” White House spokeswoman Jen Psaki told reporters on Monday.

“We have been clear privately and publicly about our concern about the PRC’s (People’s Republic of China) pressure and coercion toward Taiwan, and we will continue to watch the situation very closely,” she said.

Trade tensions are also at the top of the U.S.-China agenda, with U.S. Trade Representative Katherine Tai traveling to Paris Monday to participate in Organization for Economic Co-operation and Development meetings later this week.

On Monday, the USTR unveiled the results of a months-long “top-to-bottom” review of China trade policy, pledging to hold “frank” talks with Beijing about its failure to keep promises made in Trump’s trade deal and end harmful industrial policies.

The Global Times, a tabloid published by the ruling Communist Party’s official People’s Daily, said in a commentary China was willing to build mutually beneficial trade with the United States but would not make concessions on principle and was not afraid of a drawn-out contest.

“The China-U.S. trade war has lasted for more than three-and-a-half years. Instead of being weakened, China’s economy has taken a step forward in comparison with the scale of the U.S.,” it said.

The meetings this week will be yet another round of in-person talks between officials from the two powers since Biden took office, with little in the way of concrete progress in the earlier sessions.

No specific outcomes were agreed and the prospect of a meeting between Biden and Xi was not discussed, senior U.S. administration officials said at the time.

In March, during high-level talks in Alaska, Chinese officials including Yang Jiechi railed against the state of U.S. democracy, while U.S. officials accused the Chinese delegation of grandstanding.