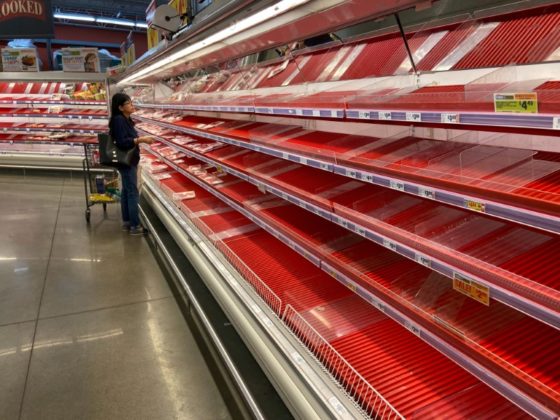 FILE PHOTO: A shopper picks over the few items remaining in the meat section, as people stock up on supplies amid coronavirus fears, at an Austin, Texas, grocery store on March 13, 2020. REUTERS/Brad Brooks/File Photo