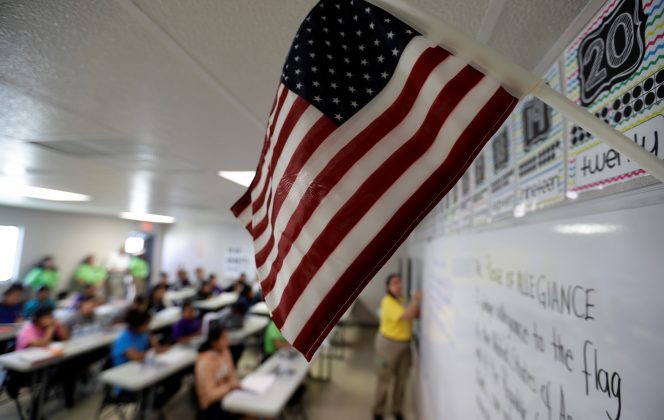 (Reuters) – U.S. immigration authorities held about 200 unaccompanied children at locations along the southwest border as of Wednesday, down from more than 2,500 in May as funding increases enabled a U.S. health agency to take custody of them.The reduction in detainees as reported by a senior U.S. Customs and Border Protection official follows a pair of recent internal government inspections that revealed overcrowding and filthy conditions for immigrants that inflamed the debate about President Donald Trump’s hardline immigration policy. 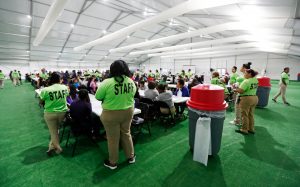 Almost all detained unaccompanied children picked up by border officers are being turned over to U.S. Department of Health and Human Services (HHS) officials within 72 hours of apprehension, the official told reporters on a conference call, speaking on the condition he not be named.

Criticism mounted after government inspectors and immigration lawyers found evidence children were being held long past legal limits at border facilities not equipped to house them.

Increasing numbers of mostly Central American families and children traveling alone – many seeking asylum in the United States – have overwhelmed authorities at a time when the Trump administration is pushing to limit legal and illegal immigration.

From late May to early June, the United States held about 2,500 to 2,700 children who were detained after crossing the border by themselves or who were separated from adults who were not their parents, the official said.

“To see these numbers currently at about 200 is very positive. That’s a huge difference since HHS has received their funding,” the official said. “Our goal is to get these individuals out of our custody as quickly as possible to HHS so they can have all the proper care and the long-term needs met for them.”

The U.S. Congress in June approved a $4.5 billion emergency supplemental funding bill aimed at improving conditions at the border, including $2.88 billion for HHS to provide shelter and care for unaccompanied children.

A legal settlement and anti-trafficking laws mandate that unaccompanied children traveling without a parent or legal guardian must be transferred to specialized facilities run by HHS. From there they are often released to sponsors in the United States as they pursue their immigration cases in court.