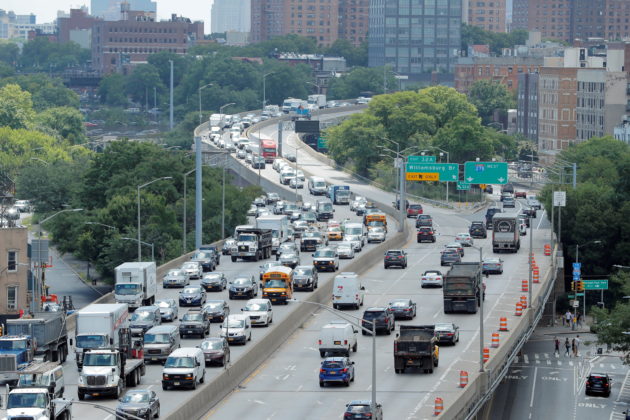 WASHINGTON (Reuters) – The Democratic-controlled U.S. House of Representatives approved a $715 billion surface transportation and water infrastructure bill on Thursday in what Democrats see as an early step toward sweeping infrastructure legislation that Congress hopes to complete in September.

It also funds programs that would provide money for major projects, including an $11.6 billion plan to connect New Jersey and New York’s Penn Station in midtown Manhattan via four modern transportation tubes beneath the Hudson River.

The 221-201 vote sends the legislation to the Democratic-led Senate. The legislation’s spending level was increased by amendments and earmarks, but House aides could not immediately say by how much.

The action marks the first time that the House has voted to pass legislation containing earmarks, since Democrats and Republicans reinstituted the practice of allowing lawmakers to add pet projects to spending bills earlier this year.

The bill designates more than 1,470 projects amounting to nearly $5.7 billion in spending, according to the U.S. House Transportation & Infrastructure Committee. Nearly 1,070 projects worth just under $4 billion were sought by Democrats.

The legislation is necessary to reauthorize U.S. surface transportation programs by a Sept. 30 deadline.

House Democratic aides say the measure could also help a bipartisan working group in the U.S. Senate covert their $1.2 trillion infrastructure framework into legislative text. Biden has endorsed the bipartisan deal and the Democratic-led Senate hopes to pass legislation by the end of this month.

House Democrats are also working to produce a related landmark reconciliation bill that would address climate change, expand social programs and pay for new initiatives with tax hikes on U.S. corporations and the wealthy – objectives that Republicans reject.

House and Senate Democrats are aiming to pass a budget resolution with reconciliation instructions this month, and then give final congressional approval to bipartisan infrastructure legislation and the reconciliation bill in September. The initiatives could cost $6 trillion, all told.

It would authorize $4.1 billion for grants to buy electric transit buses, create a $500 million grant program to reduce traffic gridlock in large metropolitan areas and $1 billion to address the shortage of parking for commercial motor vehicles and allow for heavier electric vehicles on U.S. roads and mandate additional safety features in new school buses.