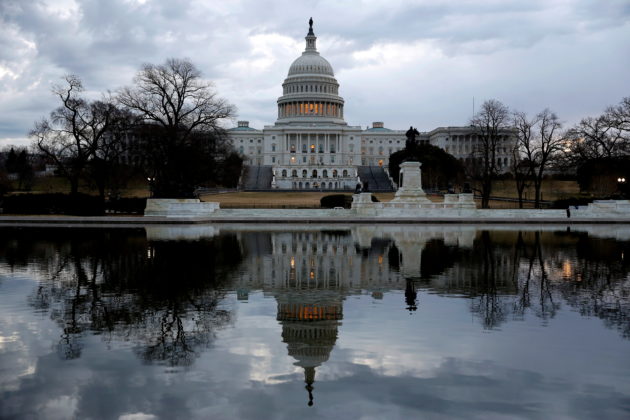 WASHINGTON (Reuters) -The U.S. House of Representatives on Thursday backed the repeal of the 2002 Authorization for the Use of Military Force that allowed the war in Iraq, as lawmakers pull back the authority to declare war from the White House.

The House voted 268 to 161 in favor of revoking the authorization it gave former President George W. Bush to invade Iraq 19 years ago. At least 49 Republicans joined Democrats in favor of repeal, a bipartisan vote that underscored prospects for reining in AUMFs that presidents from both parties have used to justify nearly 20 years of military actions around the globe.

The U.S. Constitution gives the power to declare war to Congress. However, that authority has shifted to the president due to the “forever war” AUMFs, which do not expire – including the 2002 Iraq AUMF and one allowing the fight against al Qaeda and affiliates after the Sept. 11, 2001, attacks on the United States.

To be enacted, the measure passed on Thursday must also be approved by the Senate – where its prospects are less certain – and signed into law by President Joe Biden, who has said he supports it.

“I look forward to Congress no longer taking a back seat on some of the most consequential decisions our nation can make,” said Representative Greg Meeks, chairman of the House Foreign Affairs Committee, urging support for the repeal.

“There comes a time when certain AUMFs simply become outdated and need to be repealed,” Meeks said.

Opponents worry repeal of the 2002 AUMF would dangerously limit the powers of the president and send the message that the United States is pulling back from the Middle East.

Representative Michael McCaul, the top Republican on the House Foreign Affairs Committee, said he was committed to updating the “outdated” AUMF, but he did not want repeal until an alternative was in place.

Senate Majority Leader Chuck Schumer threw his weight behind the repeal effort on Wednesday. Schumer said the 2002 AUMF is outdated and repealing it would prevent future presidential “military adventurism” such as former President Donald Trump’s 2020 airstrike on a Baghdad airport, which raised fears of war days before the Republican was to leave office.

Trump cited the 2002 Iraq authorization as one of his justifications for the strike, which killed Iranian commander Qasem Soleimani.

Repeal will need 60 votes to get through the evenly divided 100-member Senate, meaning that it would need the support of at least 10 Republicans to go into effect.

Repeal advocates said they had high hopes of garnering the 60 votes, noting past bipartisan support for stalled efforts to rein in the AUMFs.

Senate Republican Leader Mitch McConnell blasted the repeal plan, saying existing authorizations should stay in place until new ones have been completed. “The grave threats posed by ISIS, al Qaeda and other terrorist groups are as real as they’ve ever been,” McConnell said in remarks opening the Senate.

Some members of Congress are also discussing a repeal and replacement of the 2001 AUMF passed for the Afghanistan war.