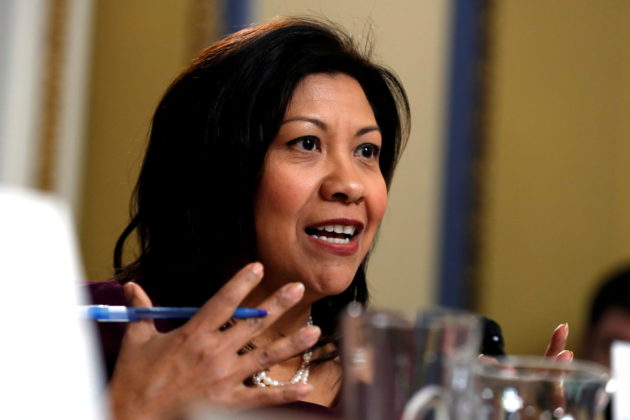 WASHINGTON (Reuters) – Democrats in the U.S. House of Representatives advanced a bill on Tuesday that would protect the right to abortion and annul some new restrictions passed by Republican-controlled state governments.

If the “Women’s Health Protection Act” passes the Democratic-controlled House, it is unlikely to succeed in the 100-member Senate, where Republicans also are a minority but hold enough votes to prevent it from reaching the 60-vote threshold to pass most legislation.

Democrats sent the bill to the full House after a law took effect in Texas early this month that almost completely bans abortion in the state.

The right to abortion was established in the Supreme Court’s landmark 1973 Roe v. Wade decision, but abortion-rights advocates fear it could be overturned when the court, now with a 6-3 conservative majority, hears Mississippi’s bid to overturn that decision.

“Action is both urgent and necessary,” said Representative Norma Torres during a hearing of the House Rules Committee, which voted 9-4 along party lines to advance the legislation to the full House.

Republicans attacked the legislation, arguing that it would expand access to abortions beyond the intent of Roe v. Wade.

“It’s the fiercest assault on the unborn since Roe was decided,” said Representative Tom Cole, the senior House Rules panel Republican. He added that the Democrats’ bill “would pre-empt any state law that seeks to protect (unborn) life.”

While a majority of Americans for many years have supported at least some forms of abortion, it is one of the most divisive issues in American society.

A mid-June Reuters/Ipsos survey found that 52% of adults said abortion should be legal in “most” or “all” cases, while 36% said it should be illegal.